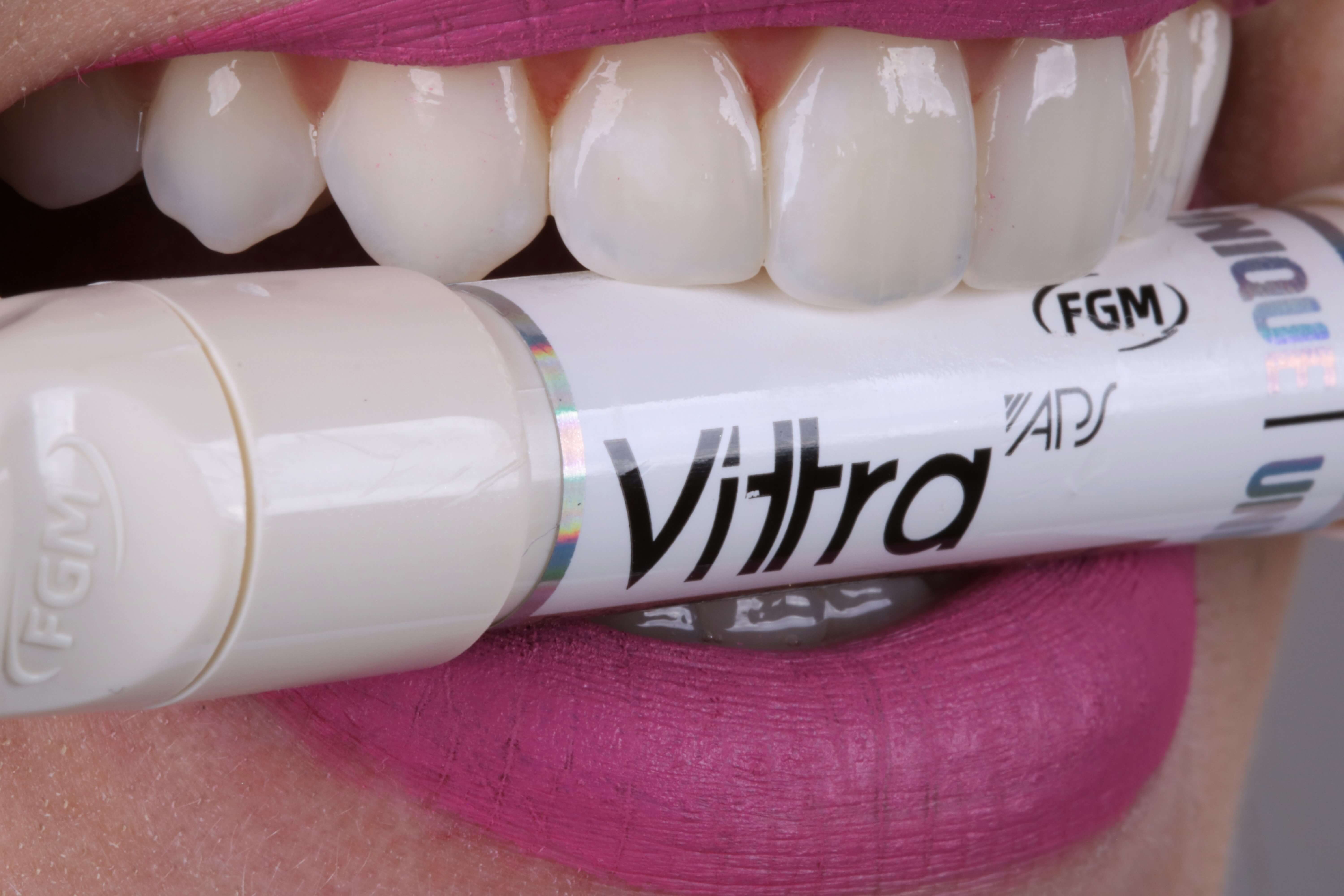 Why should you have a single-shade composite?

In the beginning of the 1970´s, the first materials based on a restorative resin composite were introduced. Beginning with systems with one single shade (universal) and, later, in the end of that decade and beginning of the 1980´s, adding a few chromatic variations, for example, yellow – yellowish, light and a little lighter, light yellow (less intense yellow), gray for grayish tones, light-grey and dark variations (dark) both for yellow and for gray.

Slowly, the availability of shades started to increase in face of the growing awareness and increased demand for better esthetics, aggregating to the improvements in the field of adhesion and of the composites and their potential for the cosmetic treatment and not only as a simple functional restorative material. After that, they appeared as an evolution of the composites with different degrees of opacity (dentin and incisal), amplifying even more the esthetic potential of the composites in the clinic.

With the purpose of the using a more universal system of shades, in the end of the 1980’s, manufacturers started to offer “equivalent” shades or shades that were very close to the V scale of 16 colors used in dental ceramics. That has allowed for a better similarity of shade when making restorations in composite in teeth that are adjacent to teeth treated with ceramics.

Within that evolution, in the 1990´s and beginning of 2000´s we gained complexity with composites with different translucid effects with great opacity for the masking of dark substrates, value composites, etc. As a result, many commercially available composites could easily offer 20 to 25 different shades and possibilities, becoming a system as complex as the ceramic stratification. Just as possibilities became infinite with all those chromatic resources, there was an increase in the degree of complexity and technical dependence generating many possibilities of errors.

It was as if you were a very good driver of a rather luxurious car and from one day to the other had to drive a Formula 1 car. In order to master a complex system of chromatic possibilities, the learning curve became longer, bringing frustrations to many professionals besides a lot of work, because the exaggeration of effect composites generated mistakes in terms of thickness leading to undesirable results, even when using high-end materials, which were not very friendly for use in the clinic.

For the market to have all those resources, it noticed that the costs increased, many of the resources were not used as frequently and that, as a consequence, a lot of products expired on the shelves having hardly been used. Besides, most of the daily cases could be treated in a simple way in terms of chromatic stratification of the dentin + enamel type or when associated with an opacifying composite or with a translucent effect (in other words: “the professional simplifies things much more than they make them more stratified”). Or rather, systems with more complex composites in terms of esthetic resources became the least democratic technique. As a result, in the end of the 2000´s, there was a new turn in the market towards a simplification for the daily routines leaving the systems with diverse optical resources for the really complex cases that might eventually need them.

In that simplification trend, there was an increase in the availability of composites called “body” with an intermediate opacity, for cases with medium extension and depth when only one type of filling would work. Even so, still many shades of composites would be necessary in a dentist’s inventory (at least 8 to 10 different syringes in their shelves).

In spite of that simplification, the shade selection process continued to be complex many times and the chromatic match continued to be on a tentative and error basis until the final match was reached by the professional, with several recipes and operatory tactics proposed for the search of the “shade match”. We know that stocking many composite syringes is costly. More costly yet is the clinical times of the professional searching for the esthetically perfect restoration. On our daily practices, we should be able to use materials that are more friendly and less complex but that still fulfill the expectations of patients and professionals as far as the final result is concerned.

Having all that in mind, FGM developed a universal chroma composite, Vittra APS Unique . With medium opacity, it mirrors the color of the walls around the cavity preparations, generating a true chameleon effect in terms of restorative materials. Therefore, the great majority of direct restoration needs can be resolved with one single composite syringe, capable of mirroring every shade in all scales.

Approximately 50 years later, the true chameleon is introduced. The low concentration of camphorquinone allowed by the APS system (an FGM exclusive technology that avoids the light yellowing) guarantees also the mirroring of the color of whitened teeth, including extra-white levels. Counting on that, the challenging process of color selection became irrelevant in most cases when using VITTRA APS UNIQUE . Only in cases with heterogenous substrates or cases with significant loss of dental structure (for which the use of direct composite is recommended), we can associate a chromatic dentin together with Vittra APS Unique.

Answering the first question proposed, here is why we should have one syringe of composite:

And, finally, because VITTRA APS UNIQUE translates from the real world to the clinic the idea that “less is more”.

Why should you have a single-shade composite?

Myths and facts about teeth whitening