During anamnesis, the patient reported her dissatisfaction with the color of her teeth for her upcoming wedding. In the clinical examination, it was observed that, according to the shade guide, her teeth were A1 and there would be a possibility to whiten them to satisfy the patient.

In face of her anxiety to have whiter teeth for her wedding, and the little time available for the procedure, the proposed treatment plan was to carry out a whitening session in the office with Whiteness HP Automixx (FGM), a whitening agent which contains 35% of hydrogen peroxide.

To perform such whitening technique, before beginning the treatment, the prophylaxis was carried out, keeping the surface of the teeth to be whitened free of biofilm. The ArcFlex (FGM) lip retractor was used for the containment and protection of the lips, jugal mucosa and tongue. Next, the recording of the initial shade was done by means of the shade guide and photographic record of the smile, followed by the application of Dessensibilize KF 2% desensitizer for 5 minutes. The product was removed with air and water jets. For the protection of the gingival tissue, the photoactivated Top dam Blue (FGM) gingival barrier was used. With the operatory field prepared, the Whiteness HP Automixx (FGM) whitening agent was applied. Initially, a small amount of the whitening gel was dispensed to guarantee the homogenization of the mixture using the specific tip that comes with the product and the gel was immediately applied over the dental surface so as to cover the whole vestibular face of the teeth with a fine layer, and was left on the teeth for 50 minutes, according to the manufacturer’s recommendation.

The gel was moved around the surface of the teeth with the use of a disposable brush for the removal of possible air bubbles and for the renovation of the contact of the gel with the dental surface. The color of that type of whitening agent does not change in color with time when in contact with the teeth making it easier for the visual control of the product. Also, its pH is kept stable, without need to replace the gel. After 50 minutes, the gel was removed through aspiration followed by abundant washing of the teeth. The gingival barrier was removed with an exploratory probe and then, the Desensibilize KF 2% desensitizer was applied again for 5 minutes. Finally, polishing was carried out with Diamond Flex (FGM) felt disks and Diamond Excel (FGM) polishing paste. On the following day, after teeth hydration, the shade was recorded again as B1. The satisfactory result fulfilled the patient’s expectations. 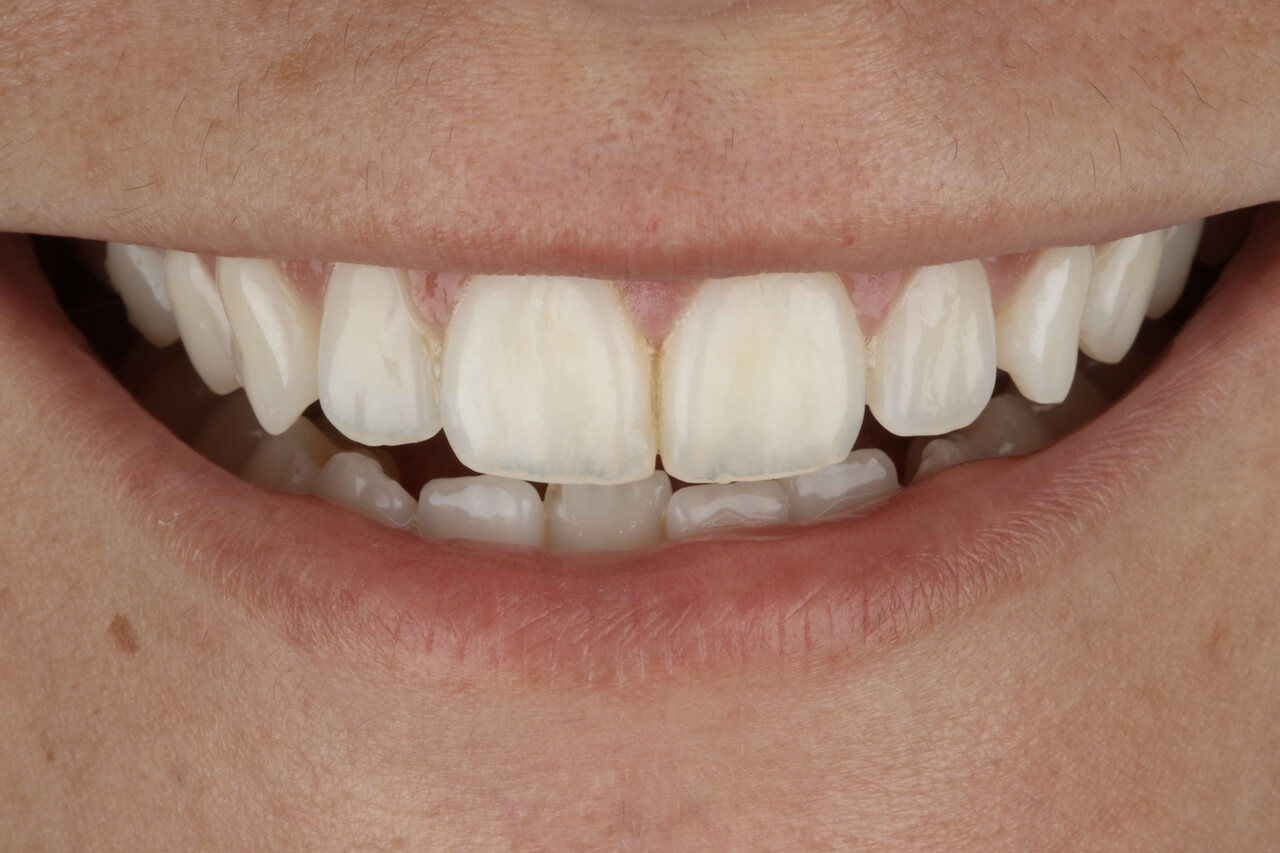 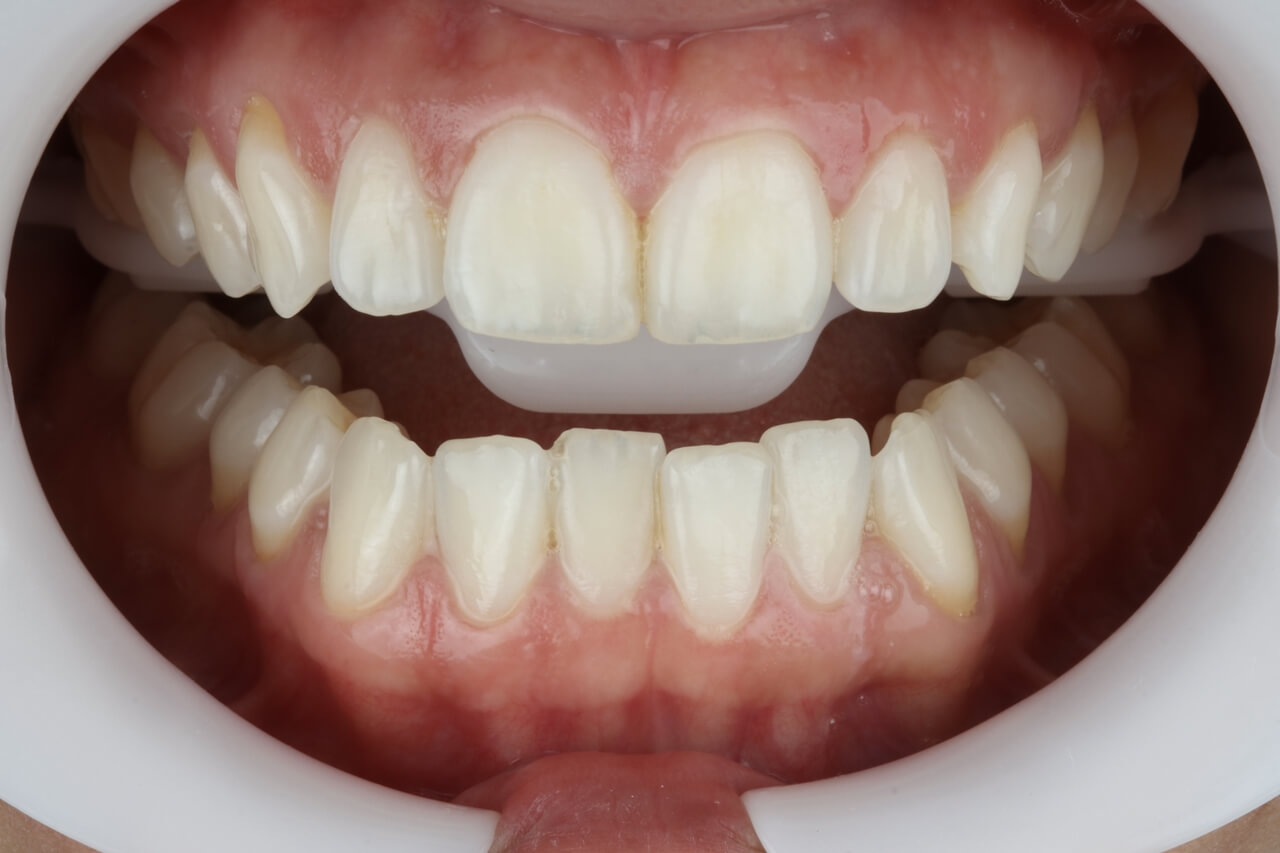 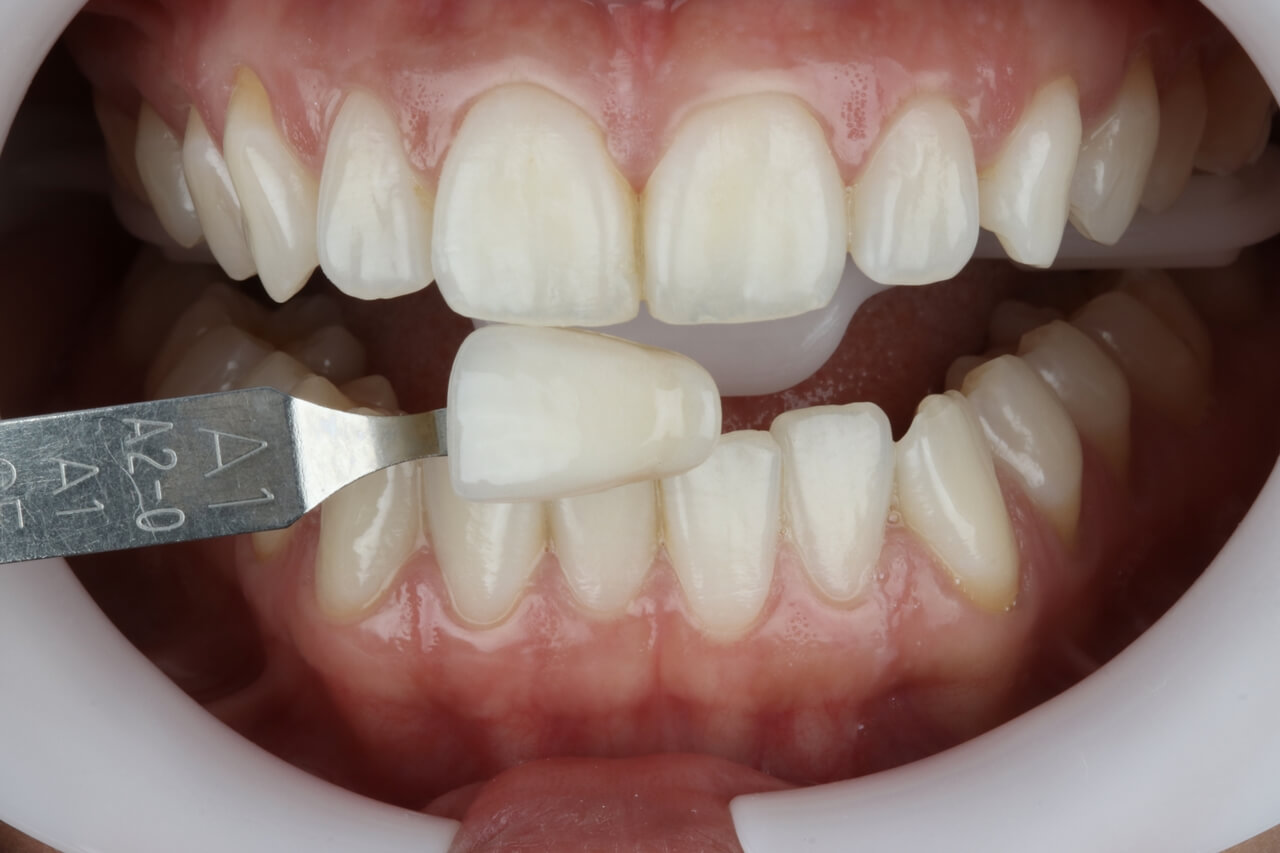 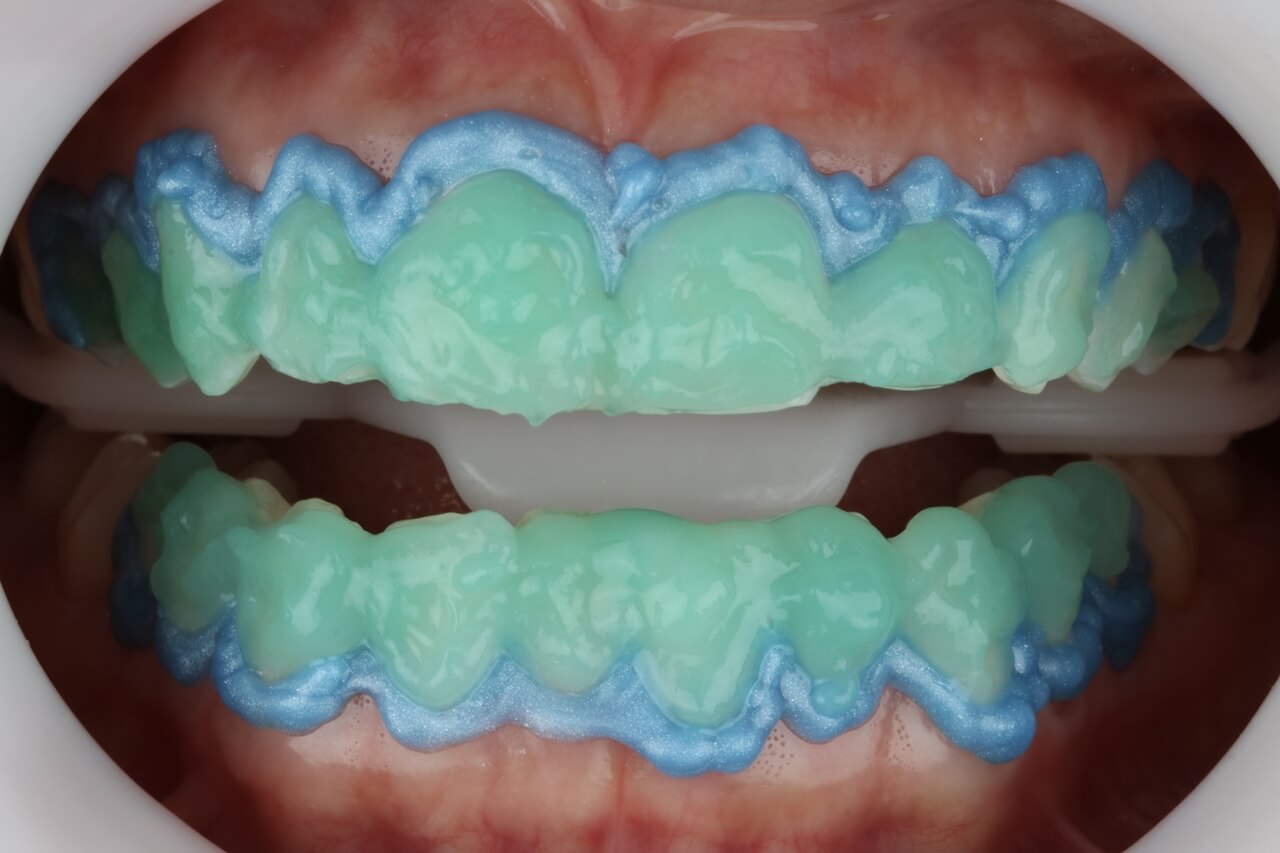 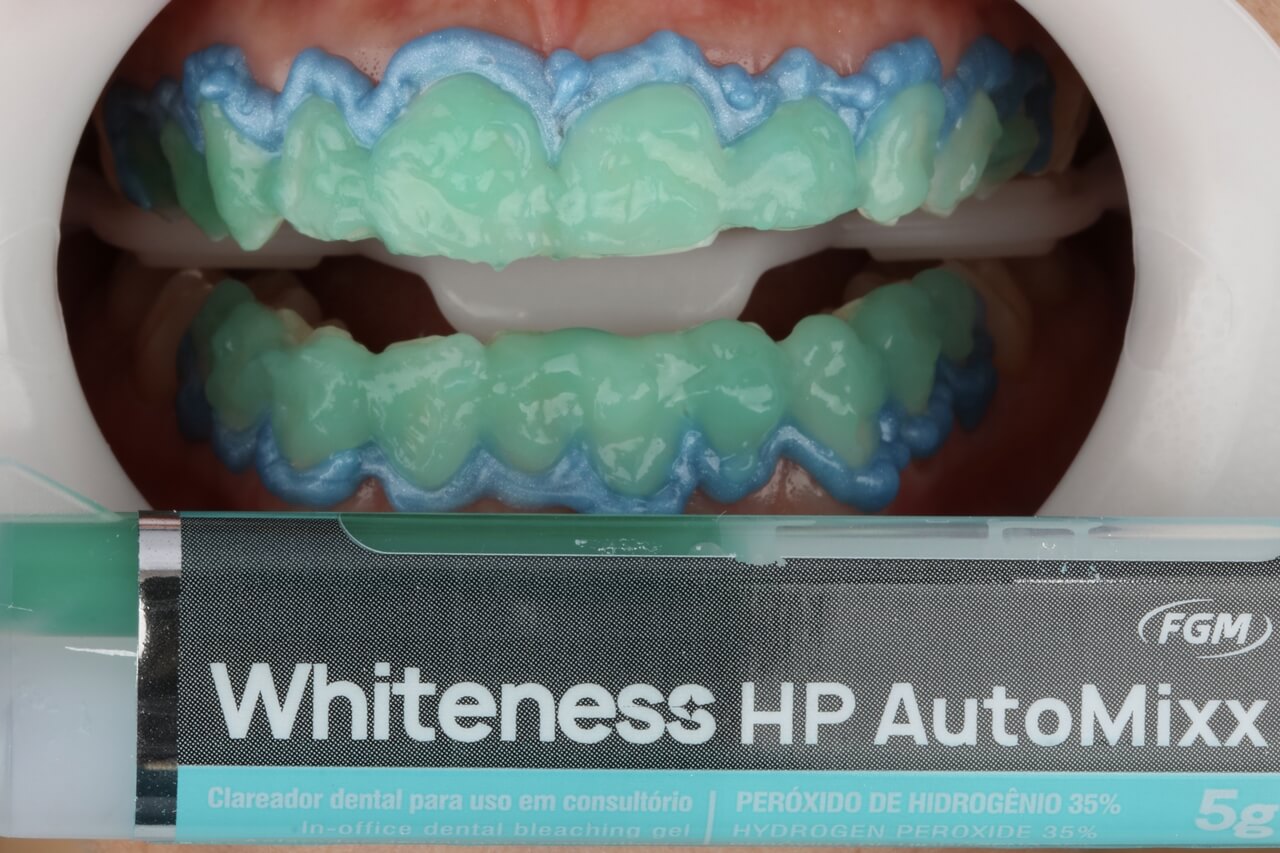 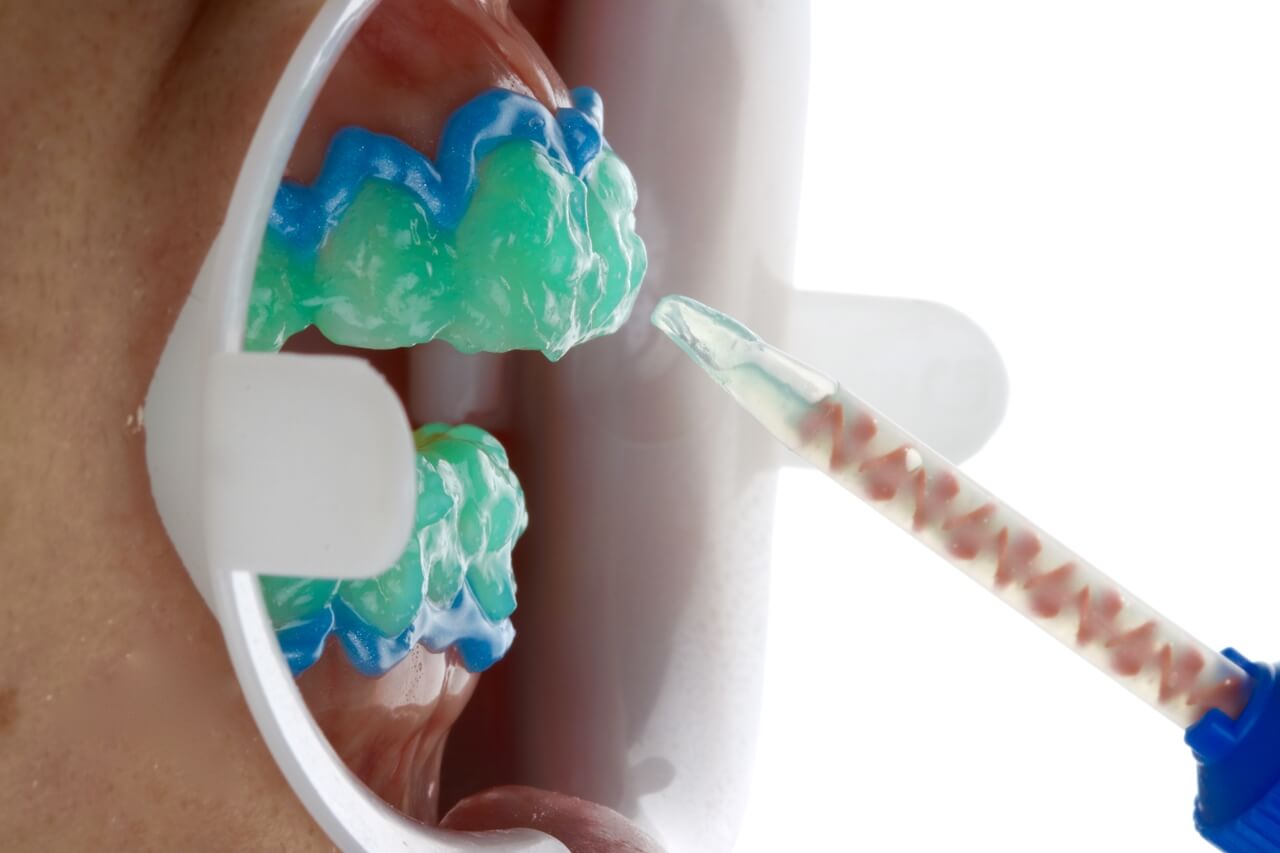 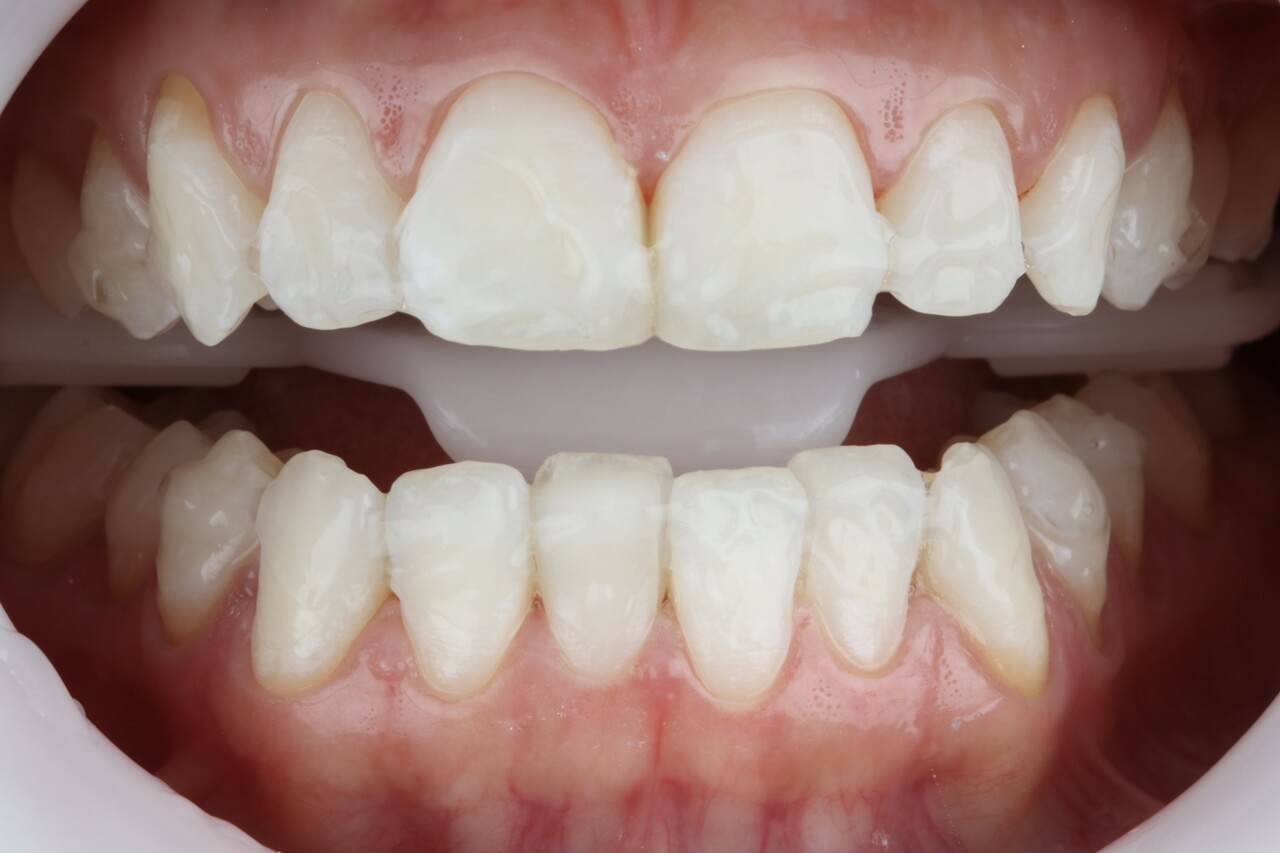 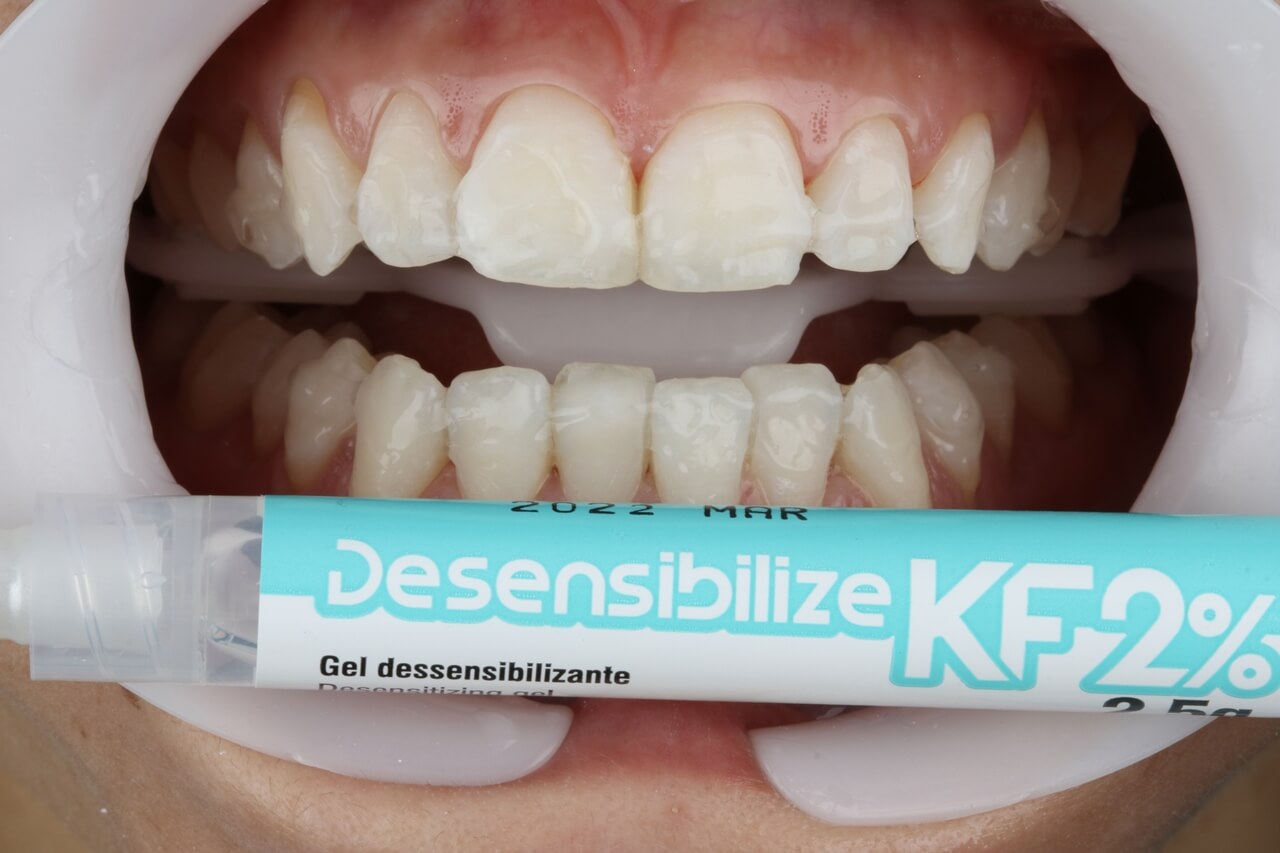 Figs. 7 and 8 Application of the Desensibilize KF 2% (FGM) desensitizing agent. 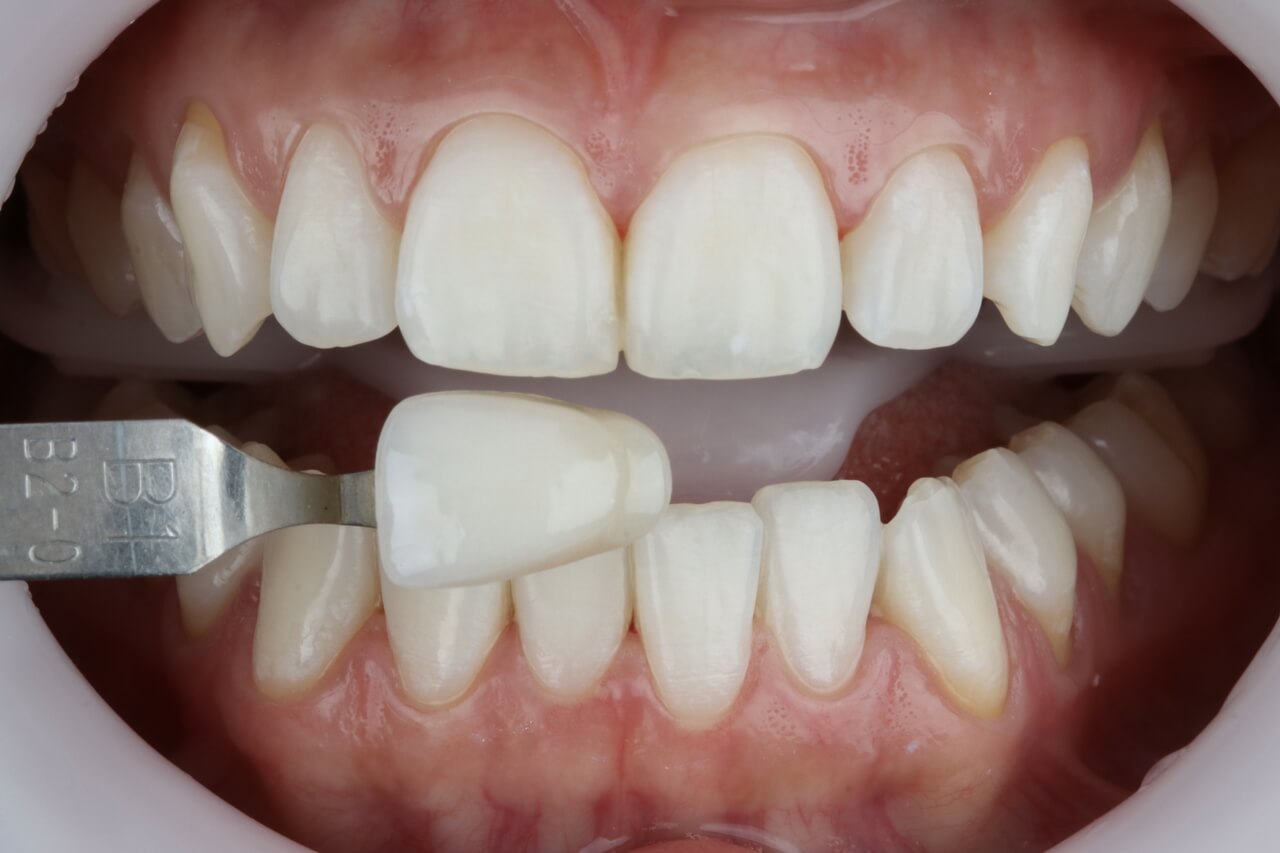 Fig. 9 Final record of the shade after the whitening treatment. 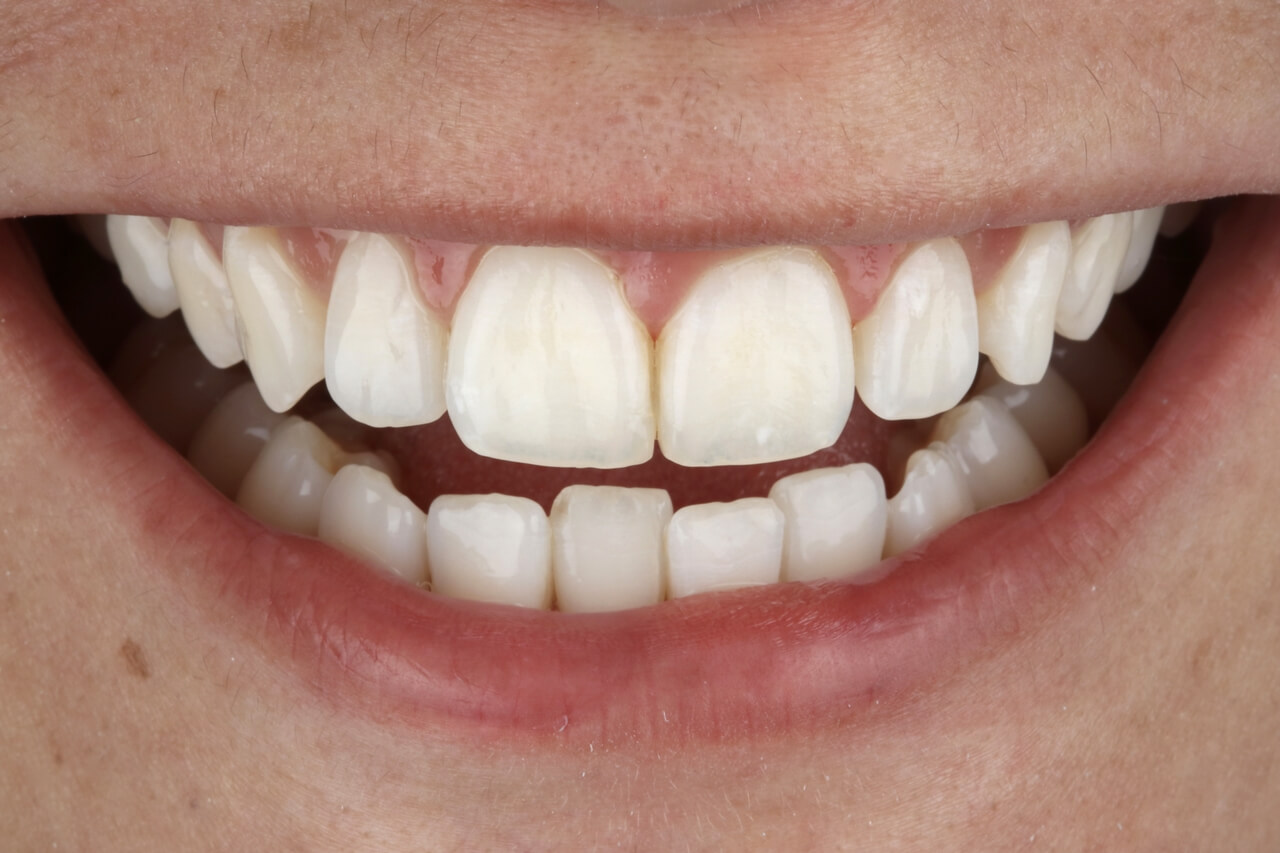