Dissatisfaction with the size, format, and color of his teeth.

The patient had composite resin restorations of the anterior teeth presenting color alteration and vestibular wear of the resin. He presented chronic gum inflammation between the central incisors due to the old resin closing the diastema. He also presented a difference in gum height between the canines and premolars and height asymmetry between the lateral incisors and canines

The prophylaxis and radiographs were performed in the first session. The incisal edge of the anterior teeth was covered by the lower lip while smiling (Figures 1 and 2). Initially, digital planning was made (Figure 3). With the digital planning presented to the patient, some points were more easily explained and understood by him.

Firstly, the need for a periodontal recontour to increase the length of the premolar teeth and the symmetry of the lateral incisors and canines. Second, the need to treat more than six teeth (Figure 4). Hence, the acetate surgical guide was made following the digital planning proposal. The periodontal surgery involving osteotomy was performed.

After three months of healing (Figure 5), we opted for the restoration of the teeth employing the indirect adhesive restoration system in a minimally invasive manner. A new waxing was performed, and the mockup to assess the occlusion and form of the teeth was made from it.

The shade selection was made with the Pala shade guide. Next, the resin was removed with disks. After removing the resins, the preparations for the veneers were made with diamond-coated tips 2135 and 3203. A small cervical delimitation was made on the teeth to establish the end of the indirect restorations.

For finalizing the preparations, the finishing and polishing of the teeth was performed with diamond-coated tips using a speed multiplier. Initially, the retraction cord 000 and cord 00 were inserted. The molding was performed with addition silicone.

The provisional restorations were manufactured with bis-acryl composite using the previous anatomy of the waxing.
The veneers were made using the ceramic stratification technique, simulating dentin, enamel, and incisal translucency following the waxing guide. The texture with diamond-coated tips was worked, and the glaze was applied (Figures 7 and 8).

The restorations were tried on using a try-in paste (FGM Allcem Veneer try-in E-bleach) for selecting the cement shade. The inner faces of the ceramic restorations were etched with hydrofluoric acid for 60 seconds (FGM Condac Porcelain 5%). The surface was washed, and the silane agent (FGM Prosil) and Ambar APS adhesive were applied according to the manufacturer's guidelines.

The modified isolation of the operating field and teeth prophylaxis were performed. After protecting the adjacent teeth, the adhesive system (FGM Ambar APS) was applied to the teeth prepared following the manufacturer's instructions. The cement was applied on the inner face of the restoration and taken in position (FGM Allcem Veneer E-bleach). The excess cement was removed, and the cement was polymerized for 120 seconds on each tooth.

After cementation, the occlusal contacts were verified and adjusted with a diamond-coated tip. The adjusted areas were polished with rubbers for ceramics. The final aspect of the restorations, occlusion, and smile may be observed in Figures 10 and 11 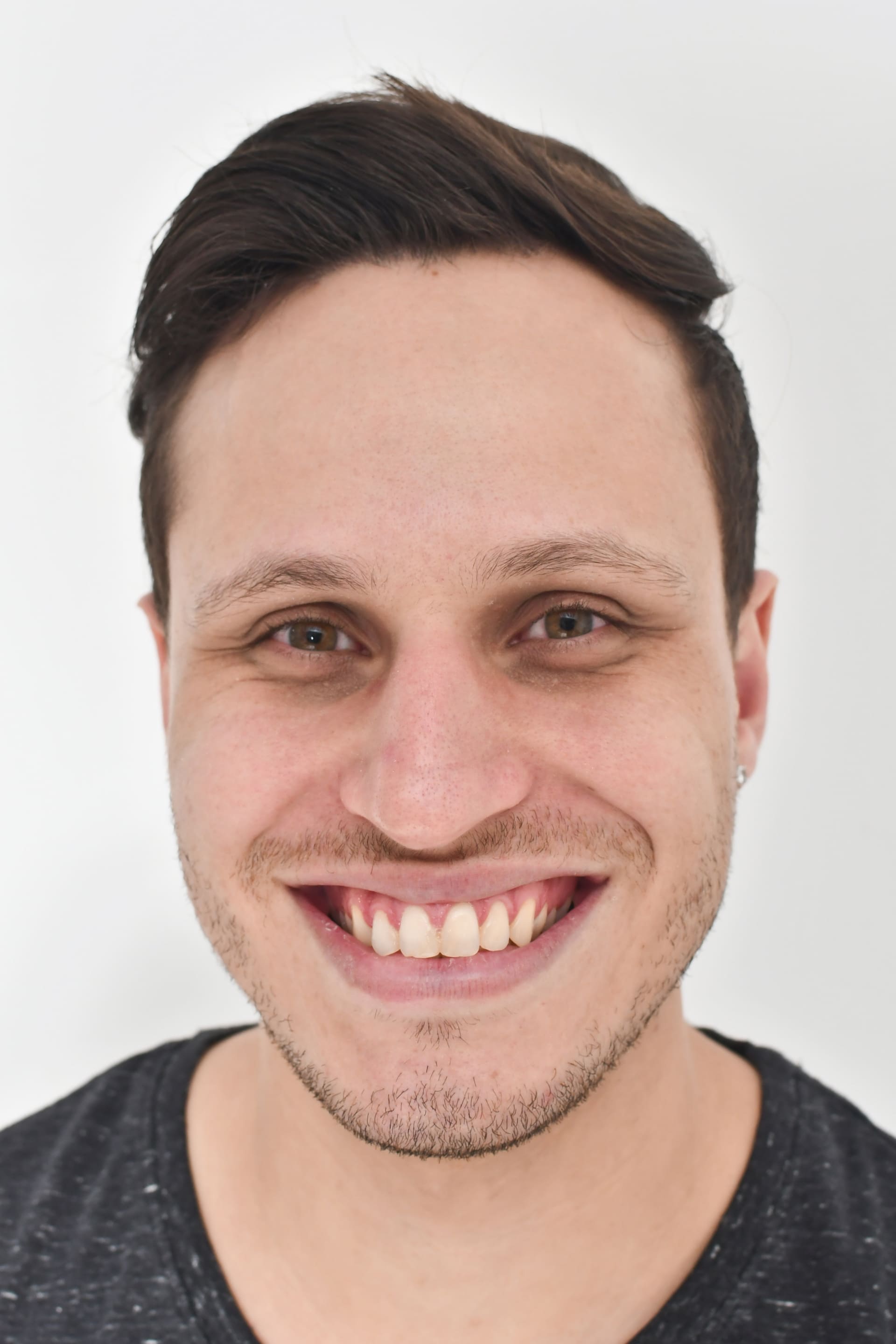 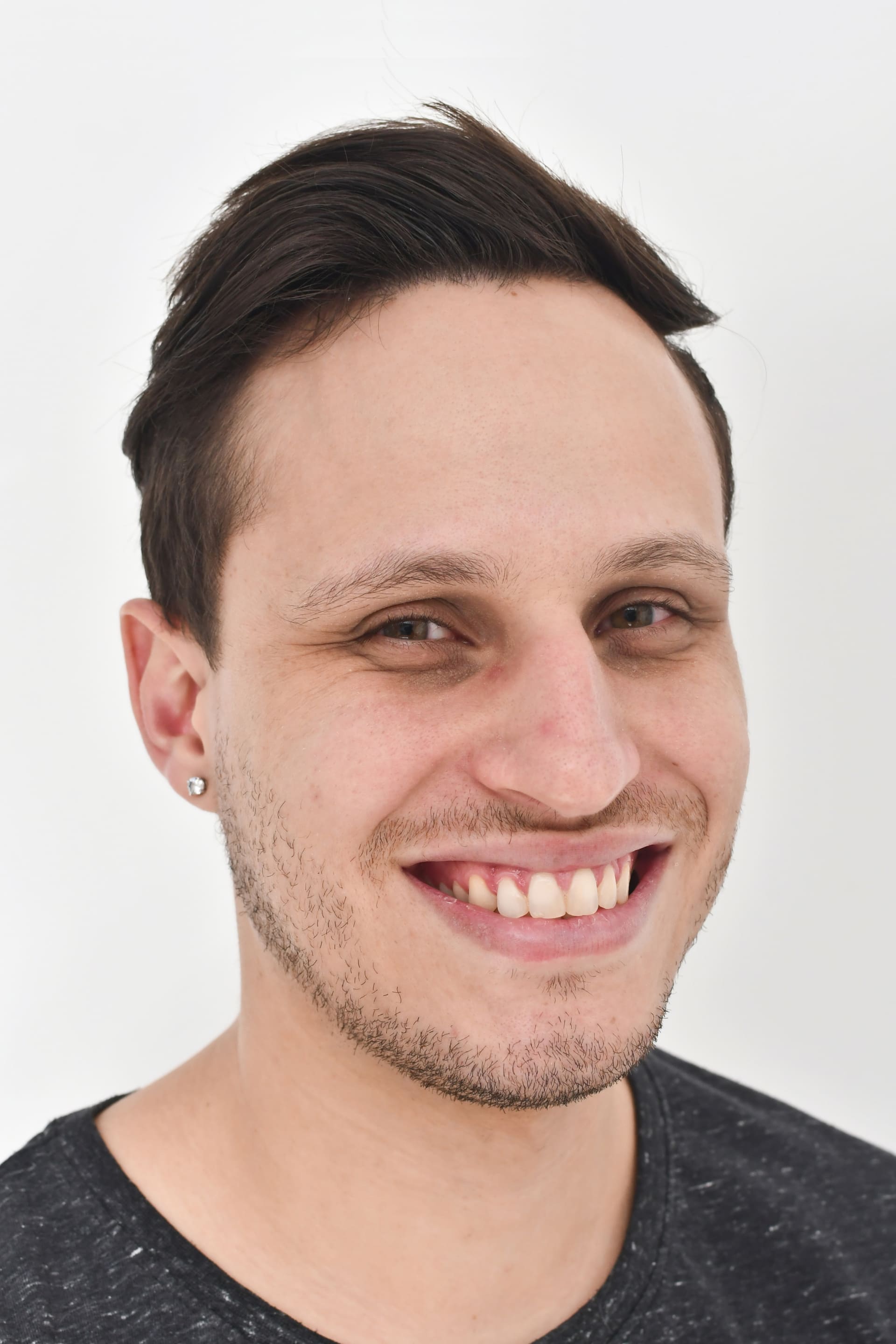 Fig. 1 a and 1b Initial smile of the patient with short premolars. 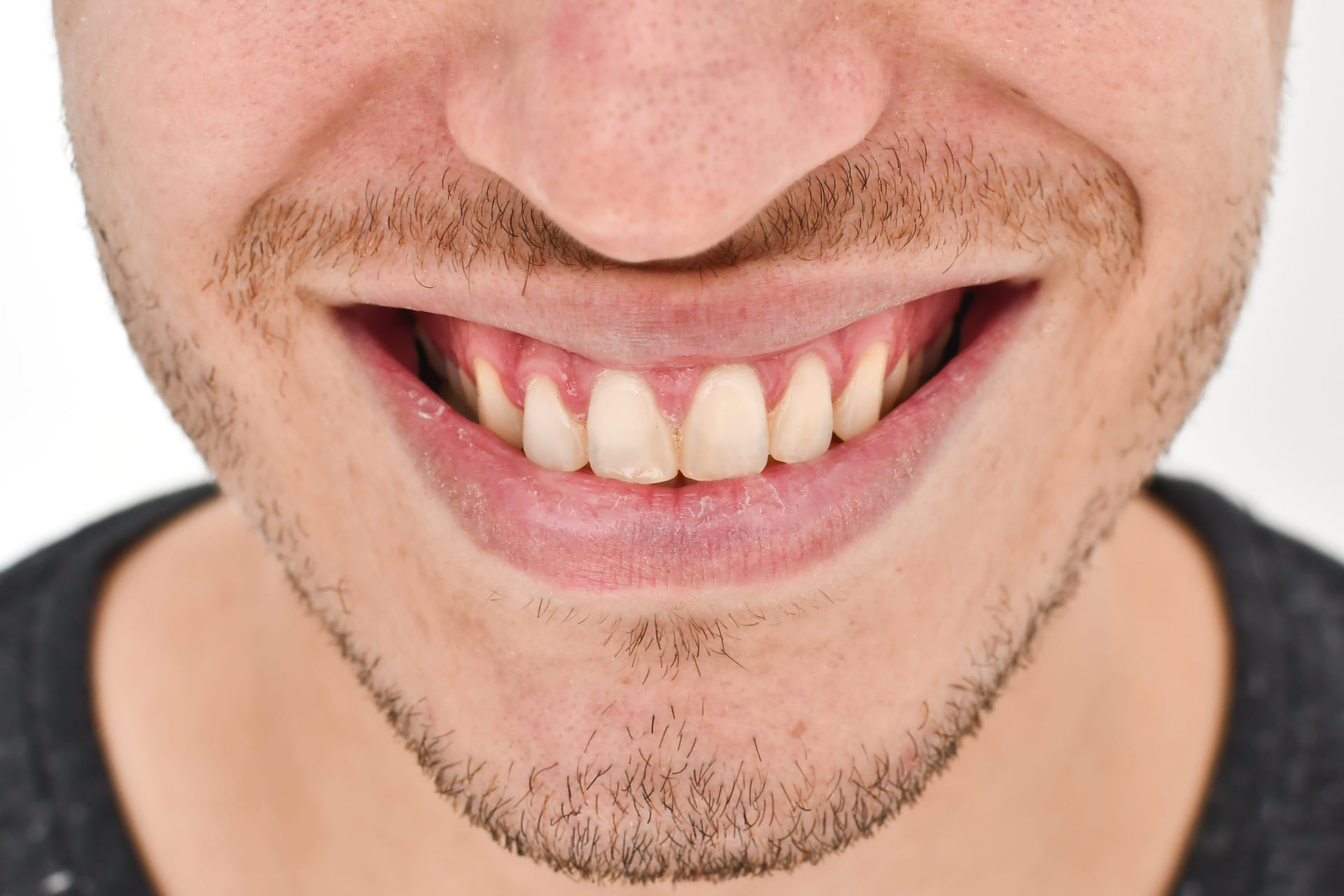 Fig. 2 Close-up view of the smile. Observe the difference in gum height between the canines and premolars and height asymmetry between the lateral incisors. Also notice the chronic gum inflammation between the central incisors due to the old resin closing the diastema 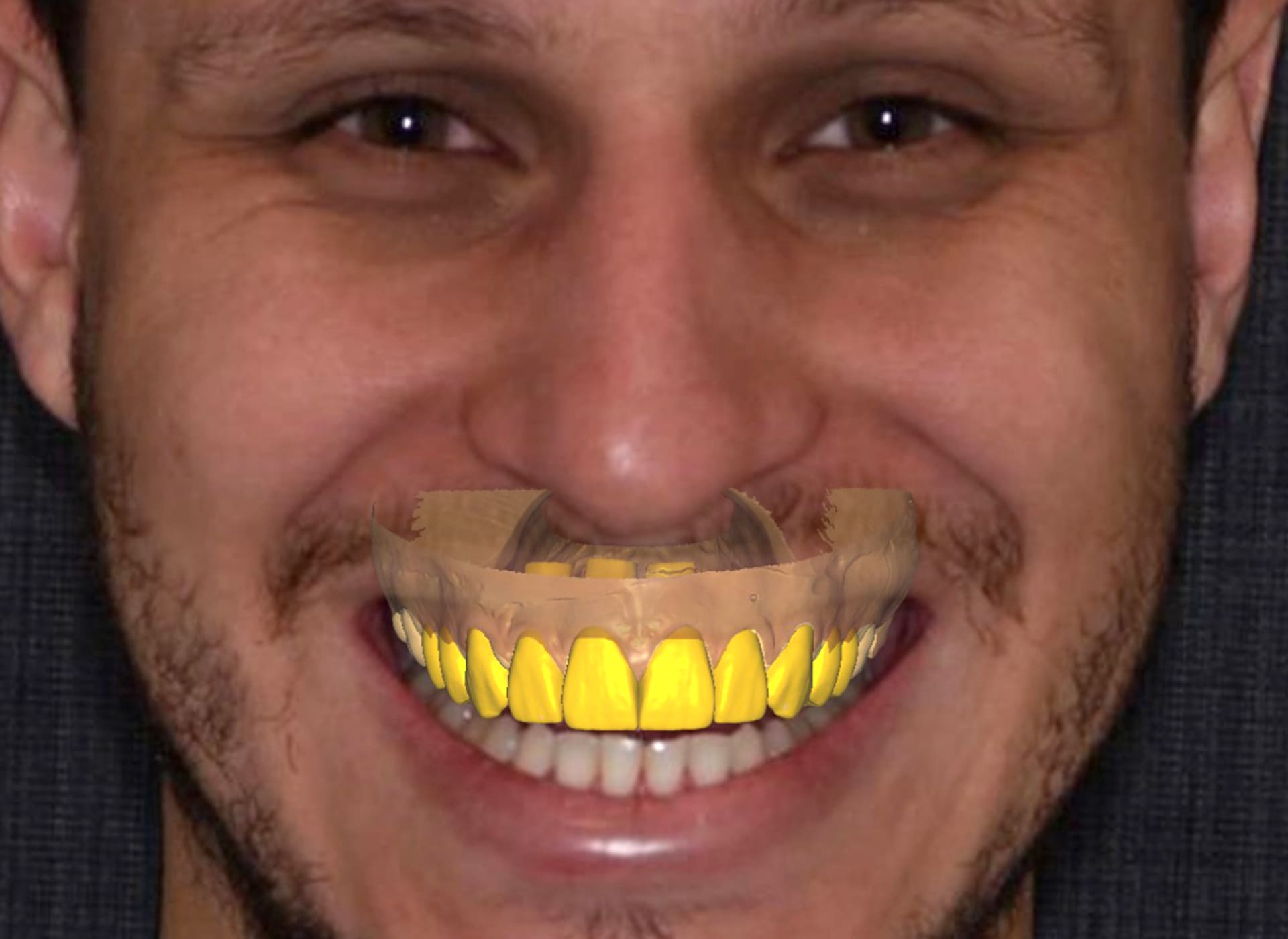 Fig. 3 Digital planning simulating the new gum heights, increase in the vestibular volume of the premolars, and new anatomy for the smile teeth. 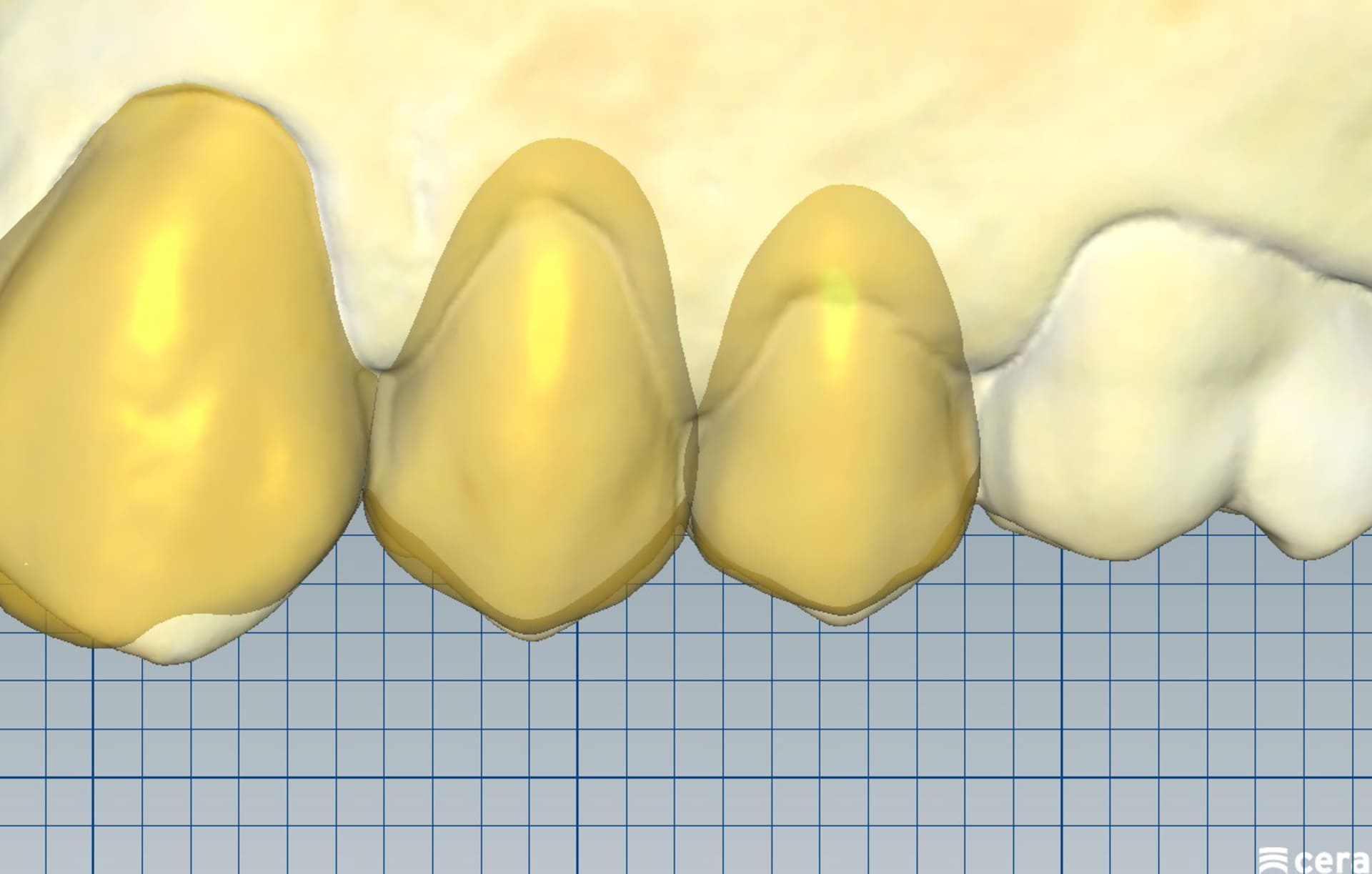 Fig. 4a and 4b Close-up view of the model during the planning for the gum recontour of the premolars. 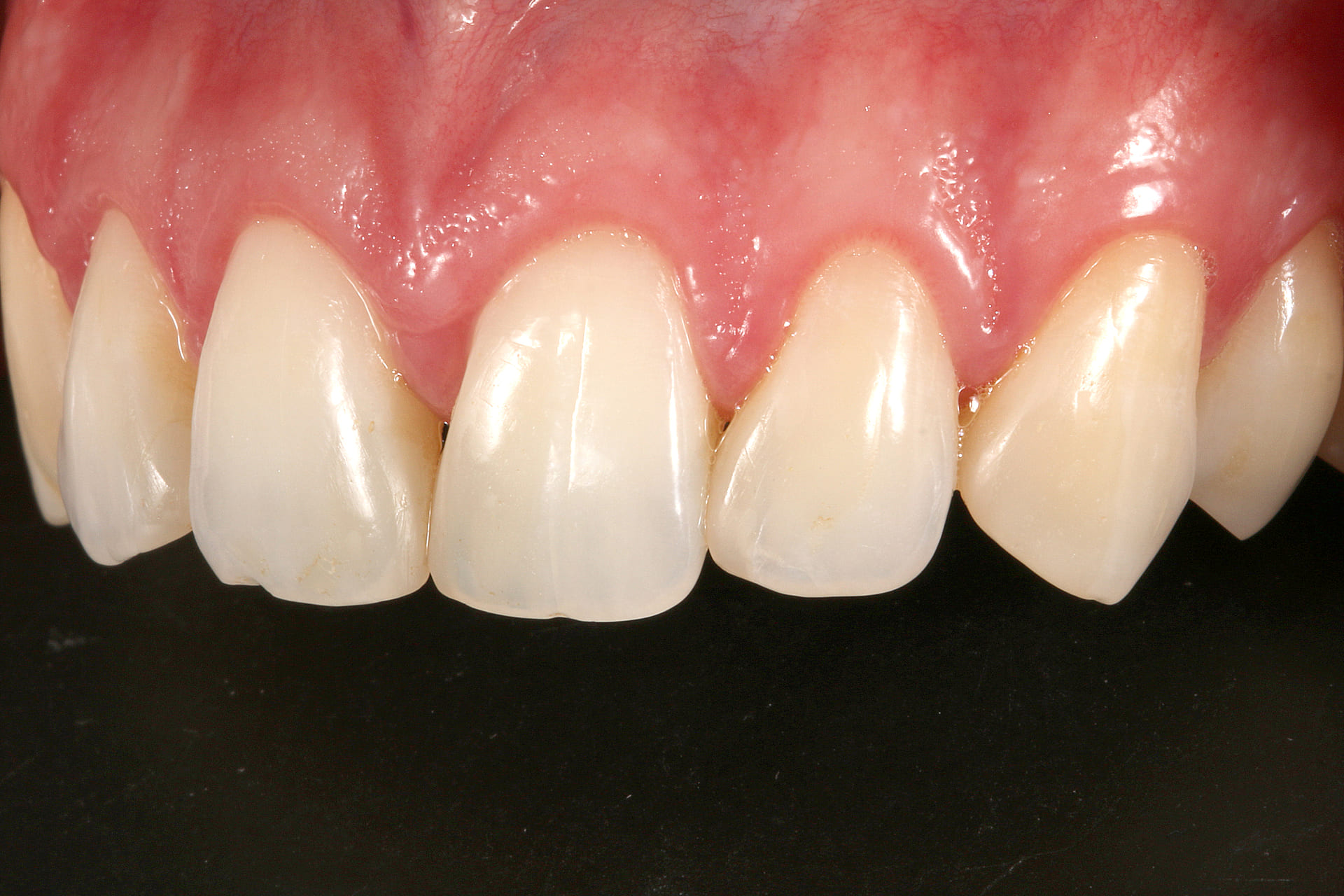 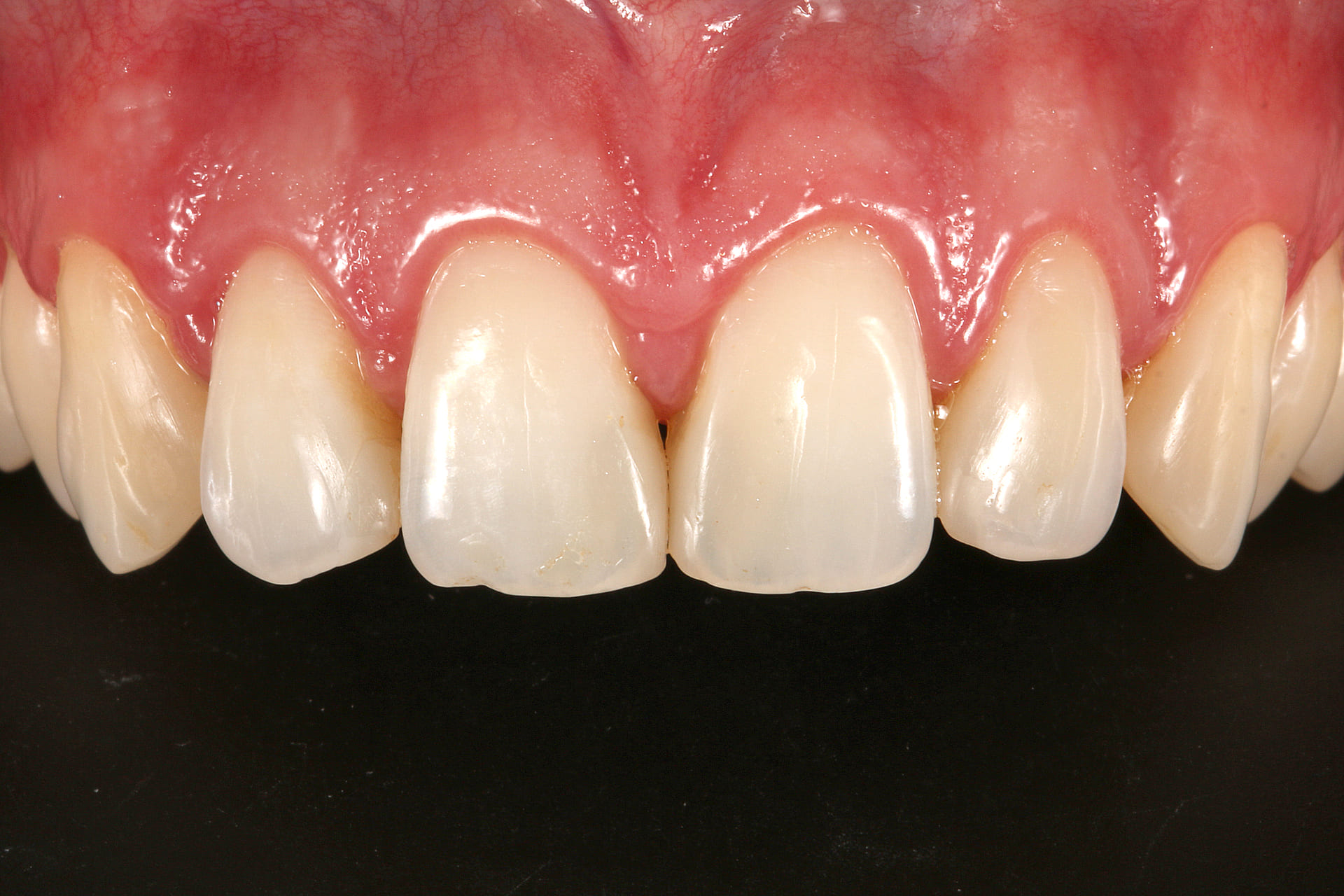 Fig. 5a and 5b Close-up view after the gum recontouring and home teeth whitening 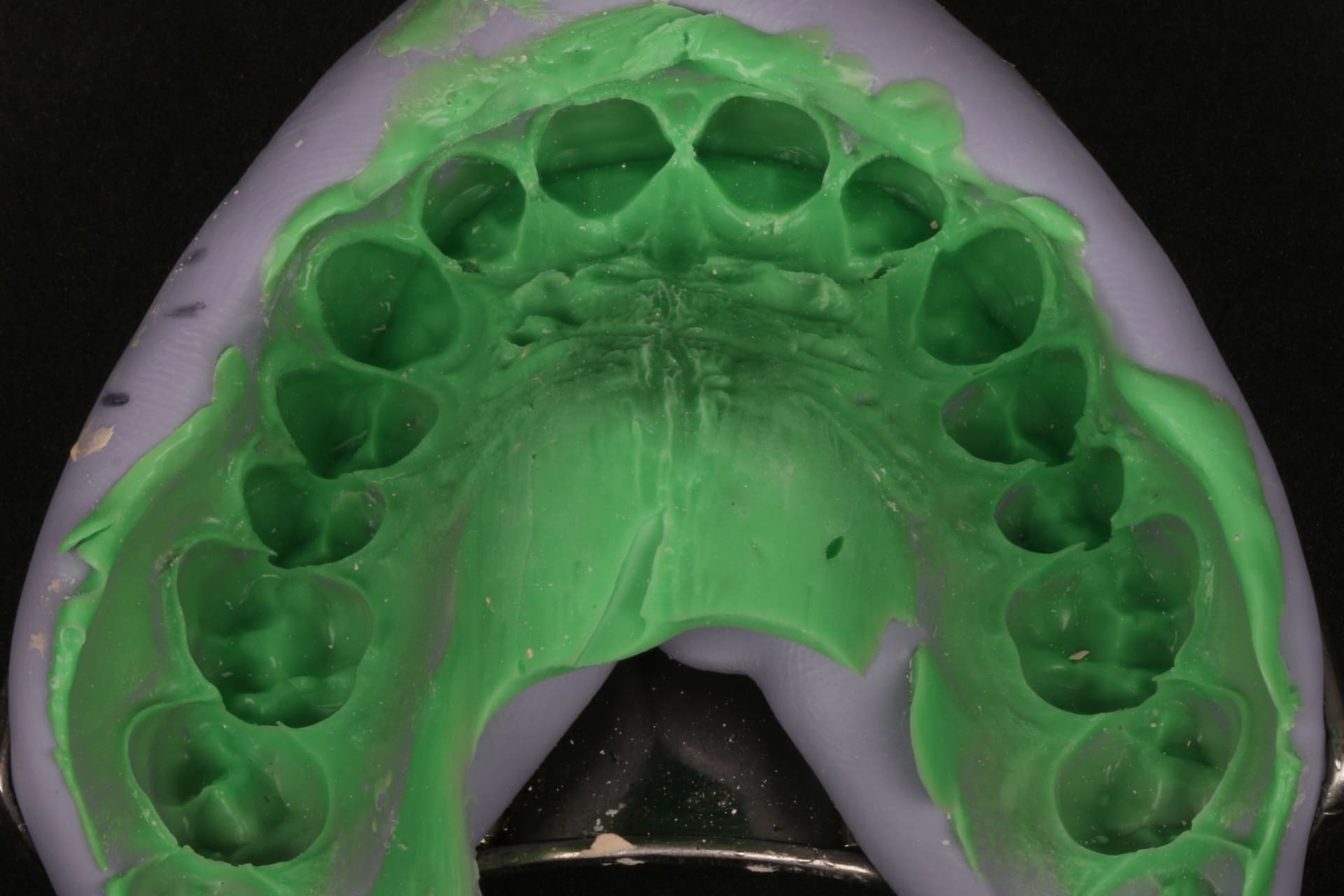 Fig. 6 After removing the resin with sandpaper disks, the dental preparations and molding with addition silicone were made. 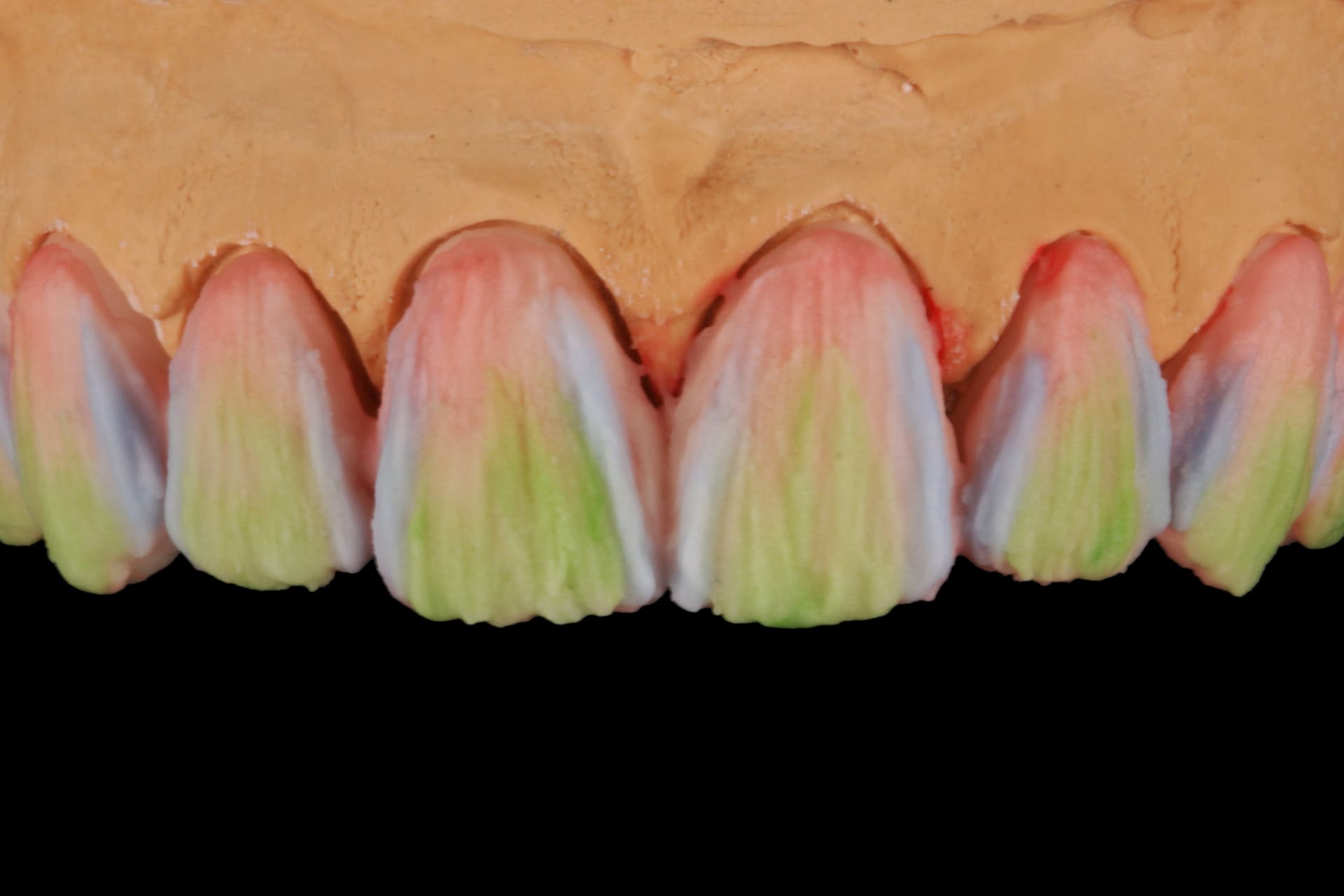 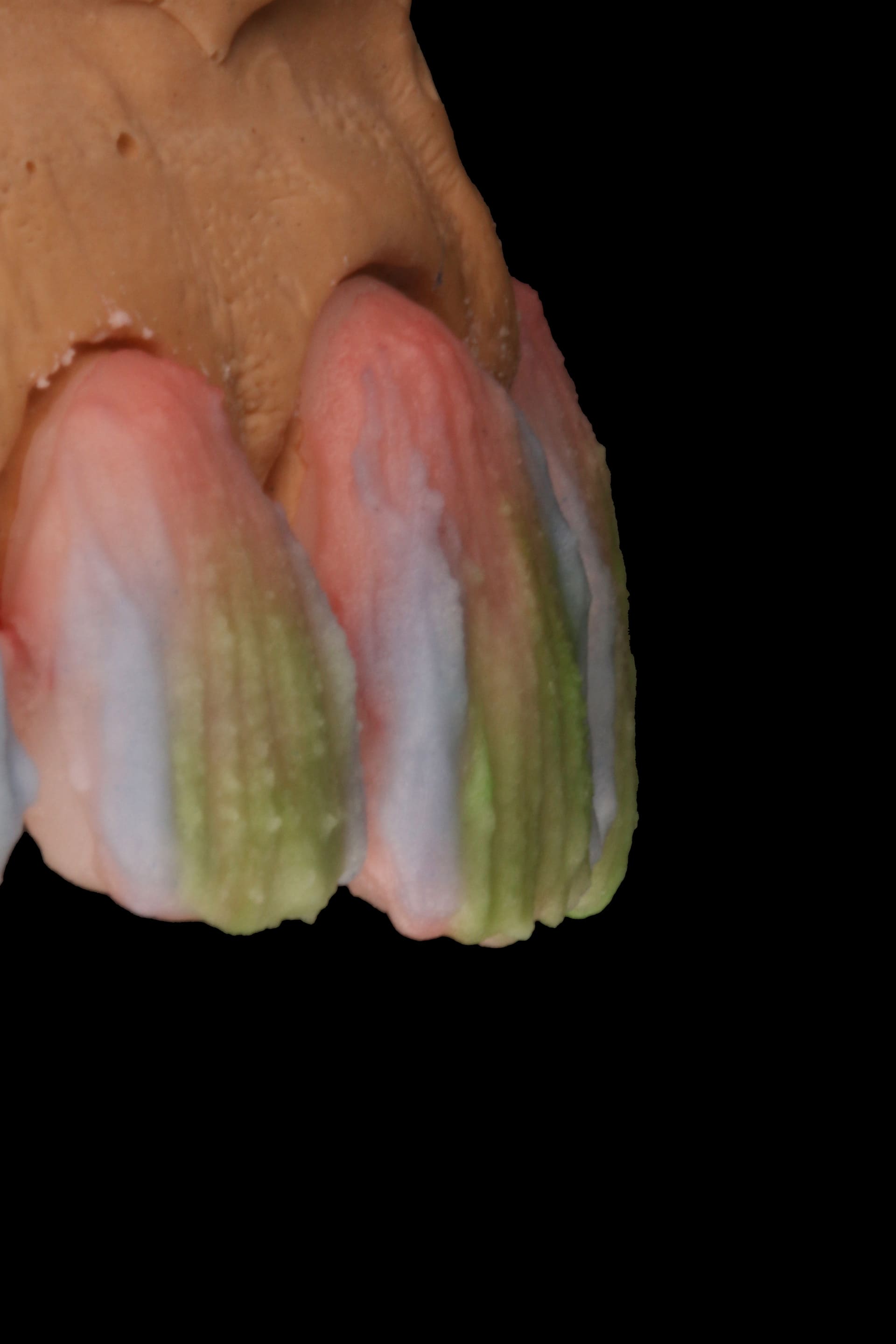 Fig. 7 Application of the ceramics from the waxed model 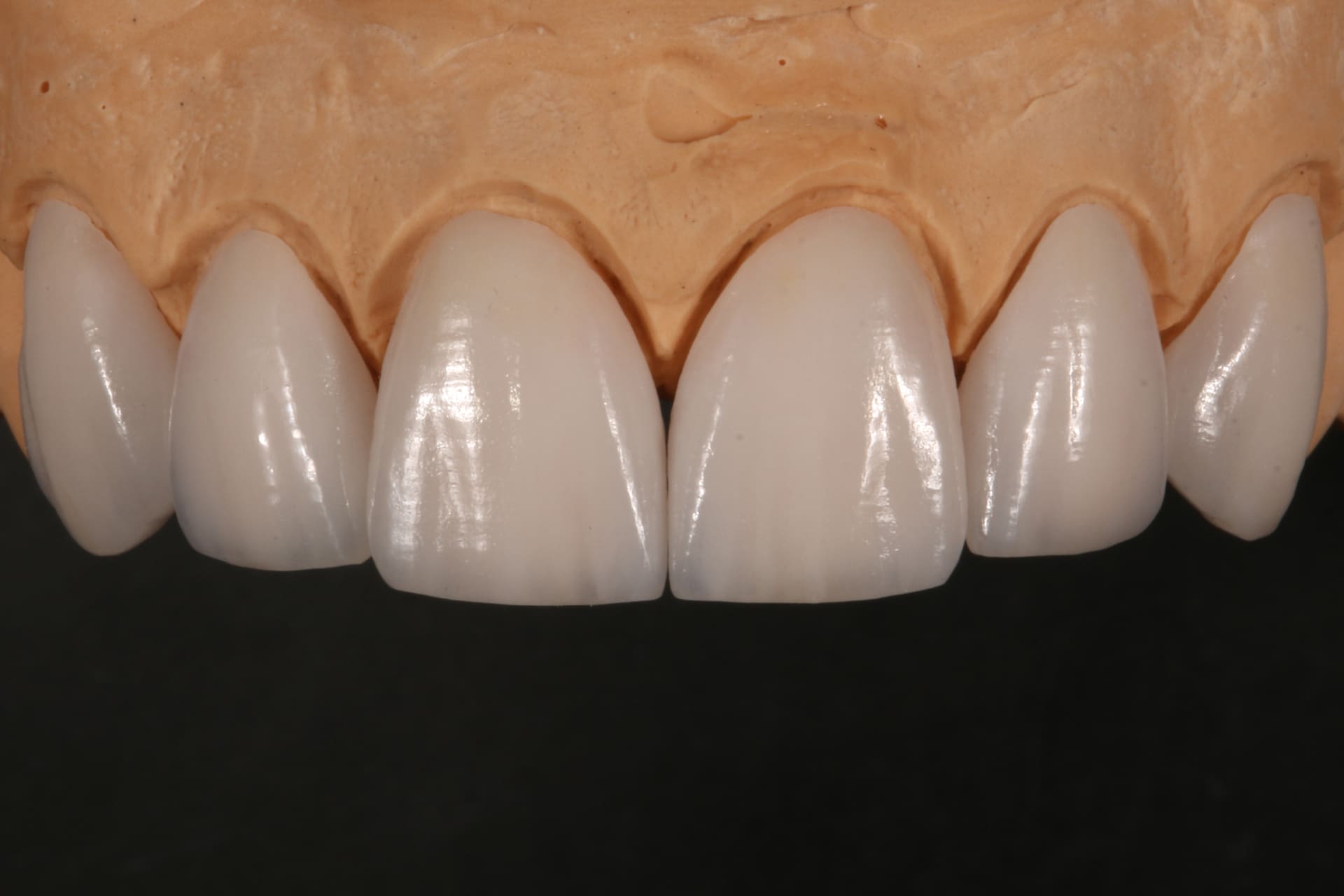 Fig. 8 Finalized restorations after the glaze application. Note the effect to simulate incisal translucency, the definition of the texture, and proximal edges. Treatment for cementation. 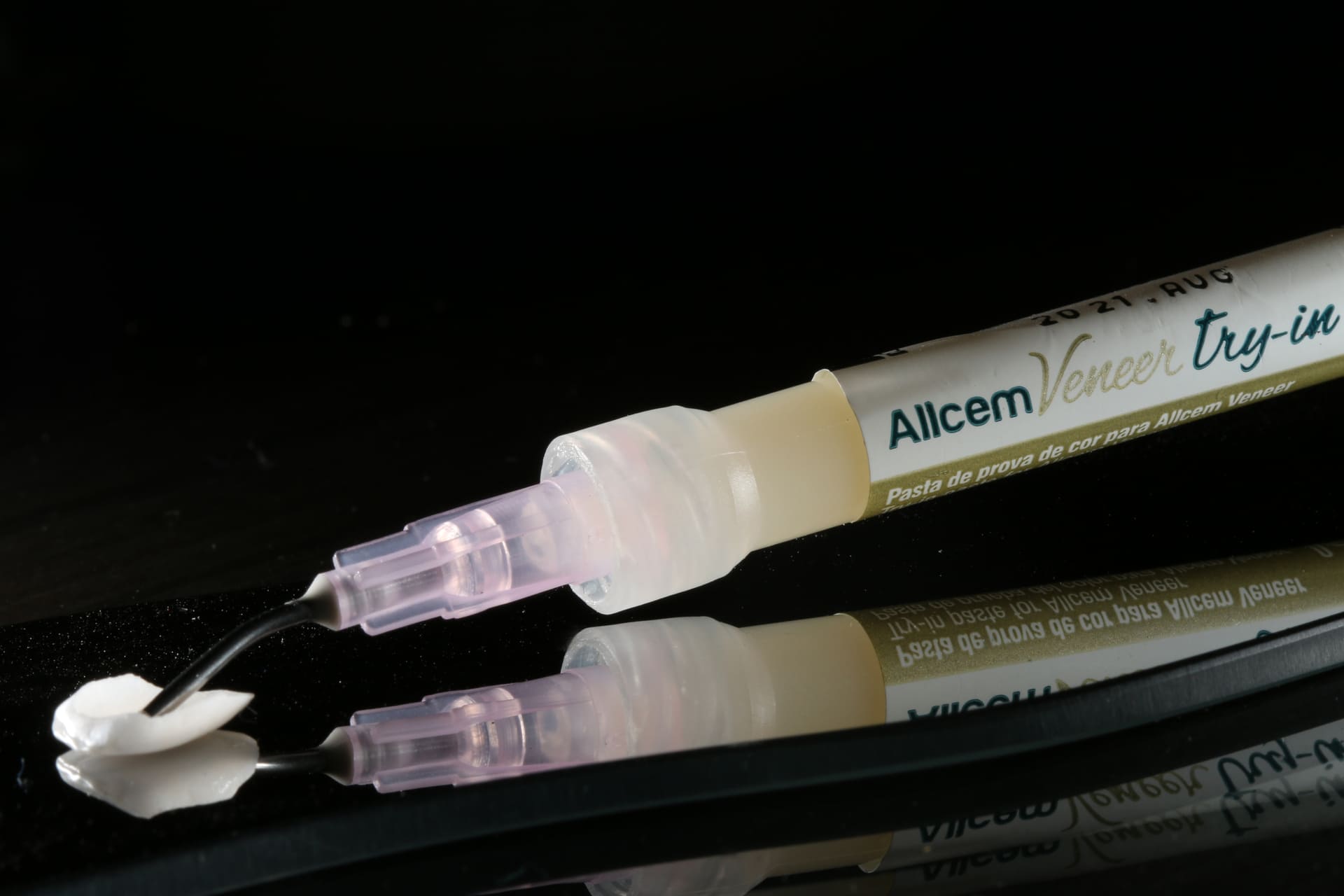 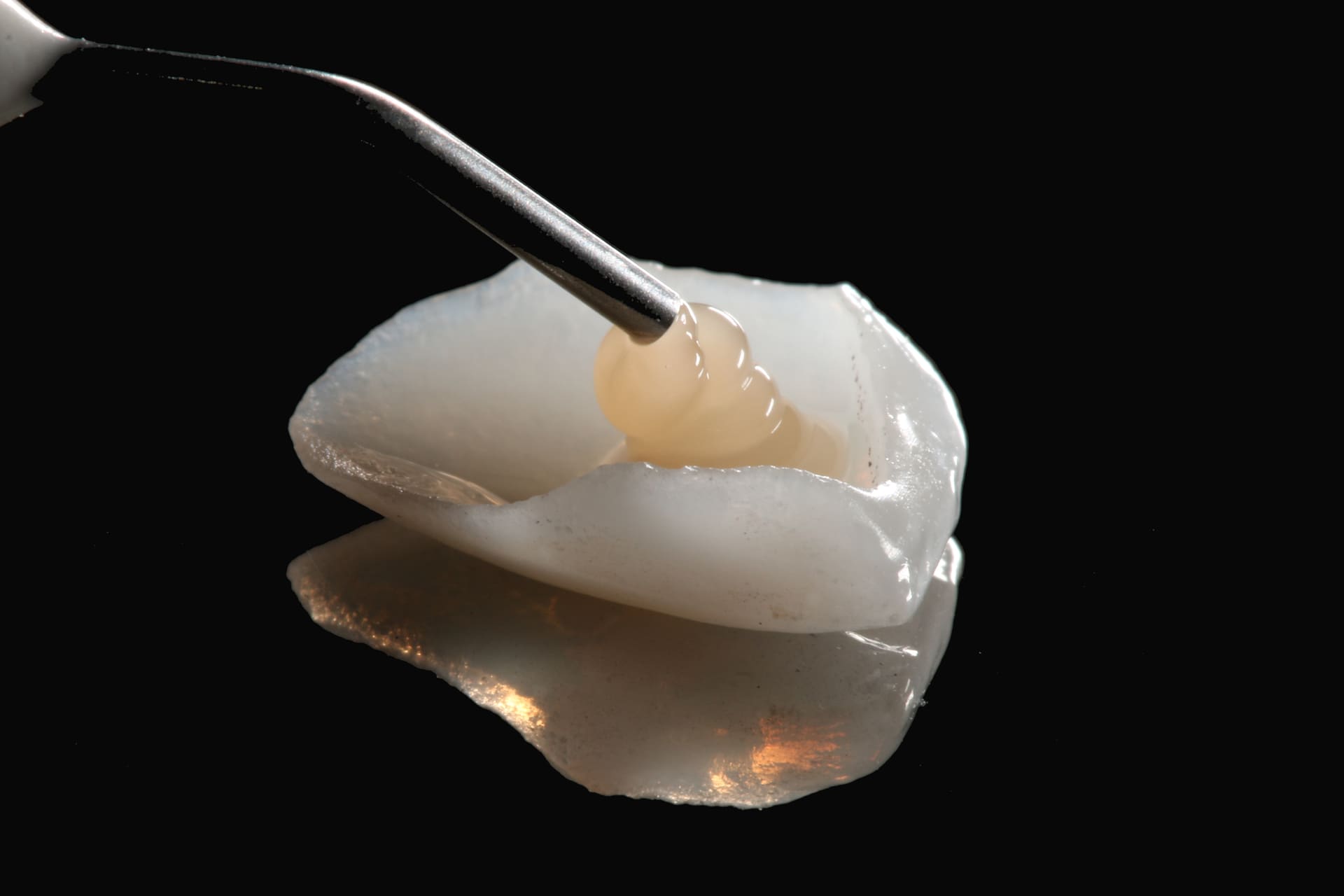 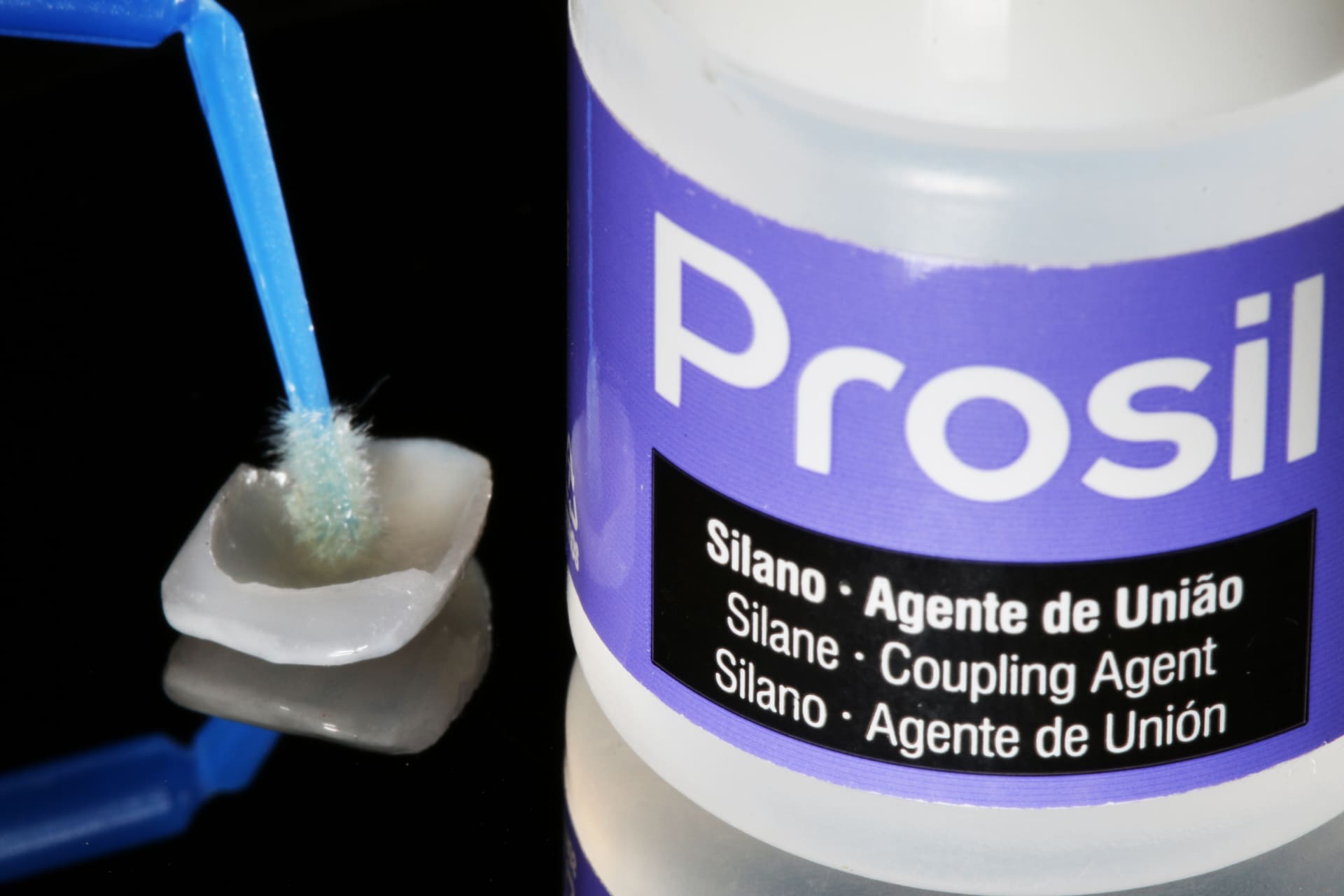 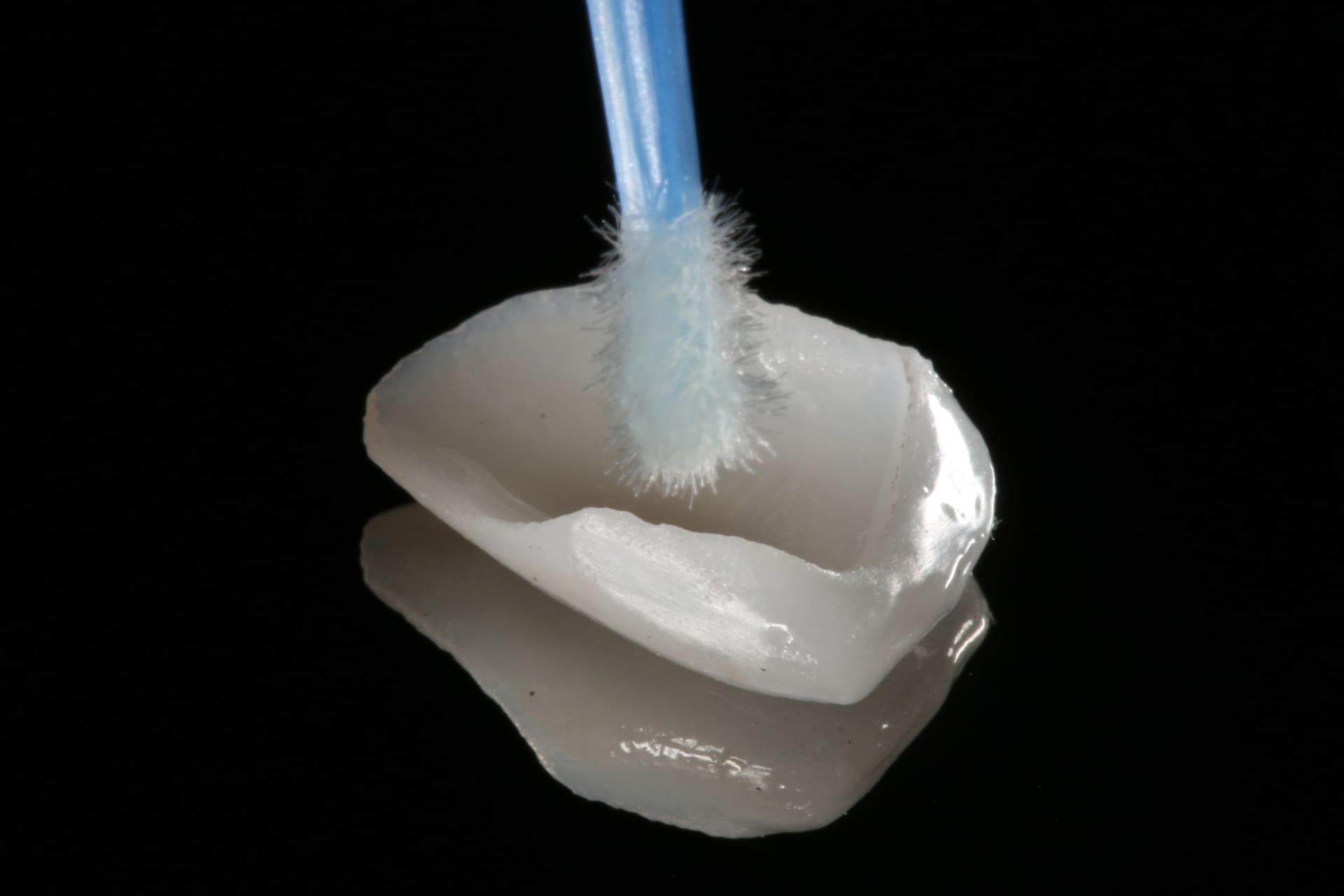 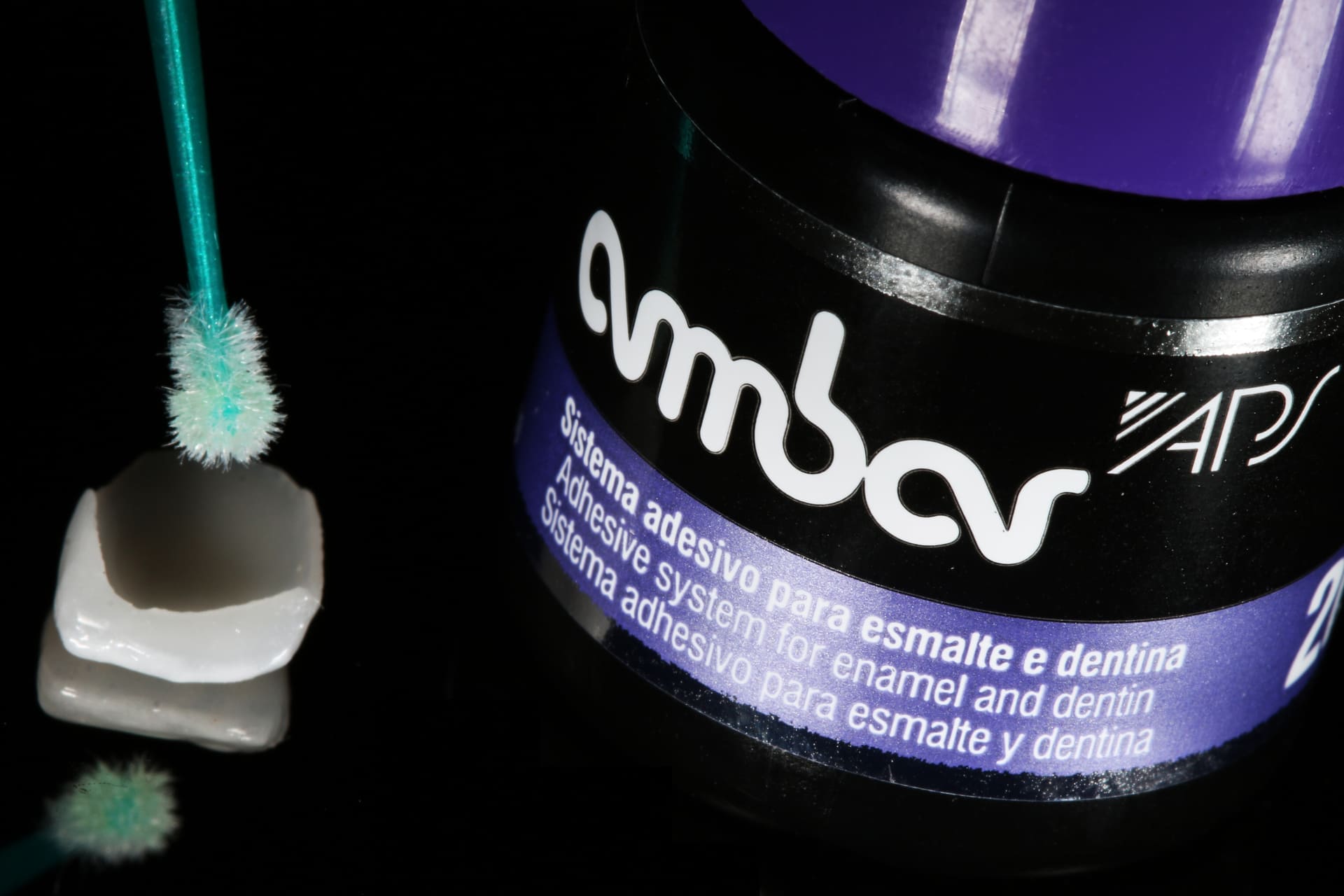 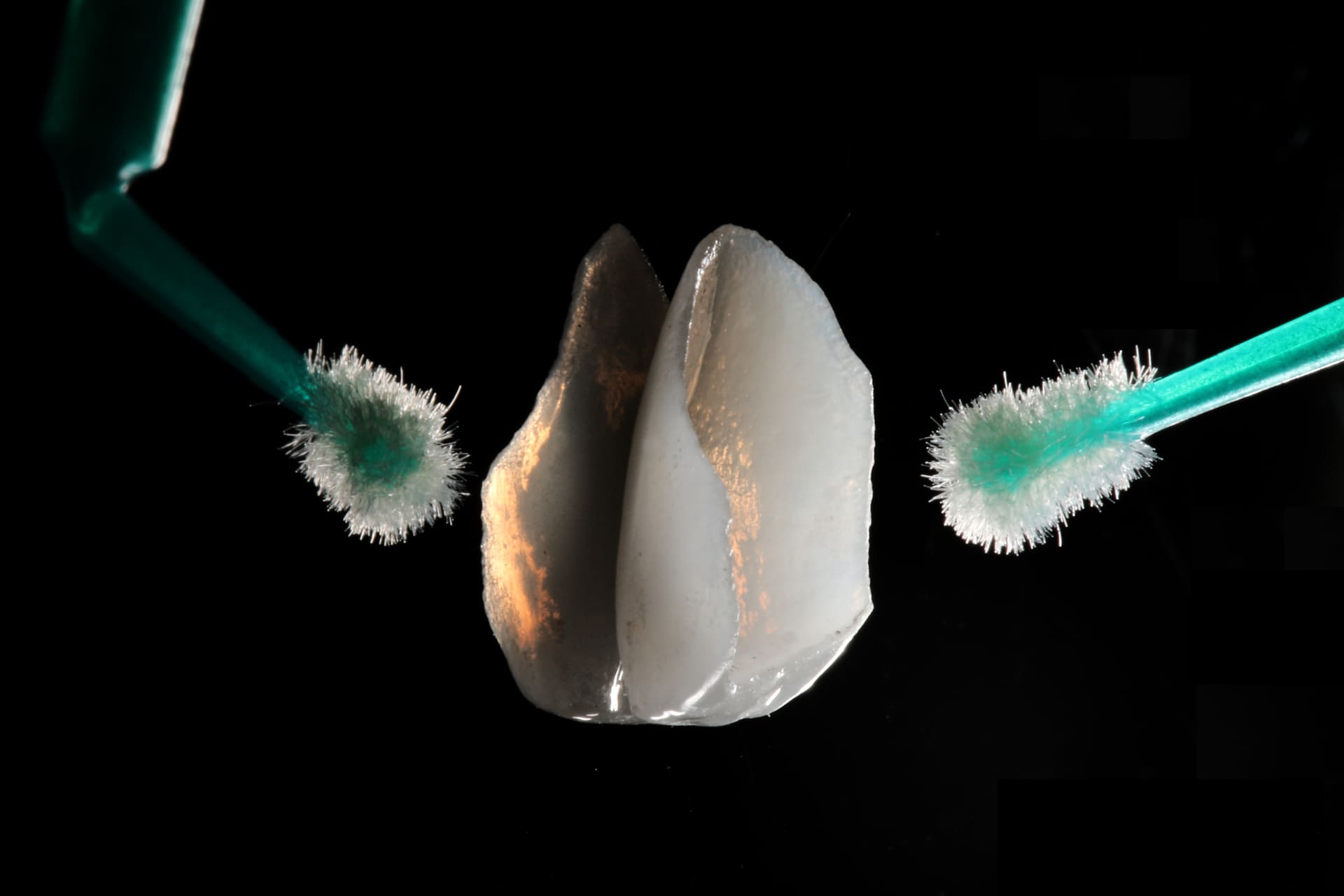 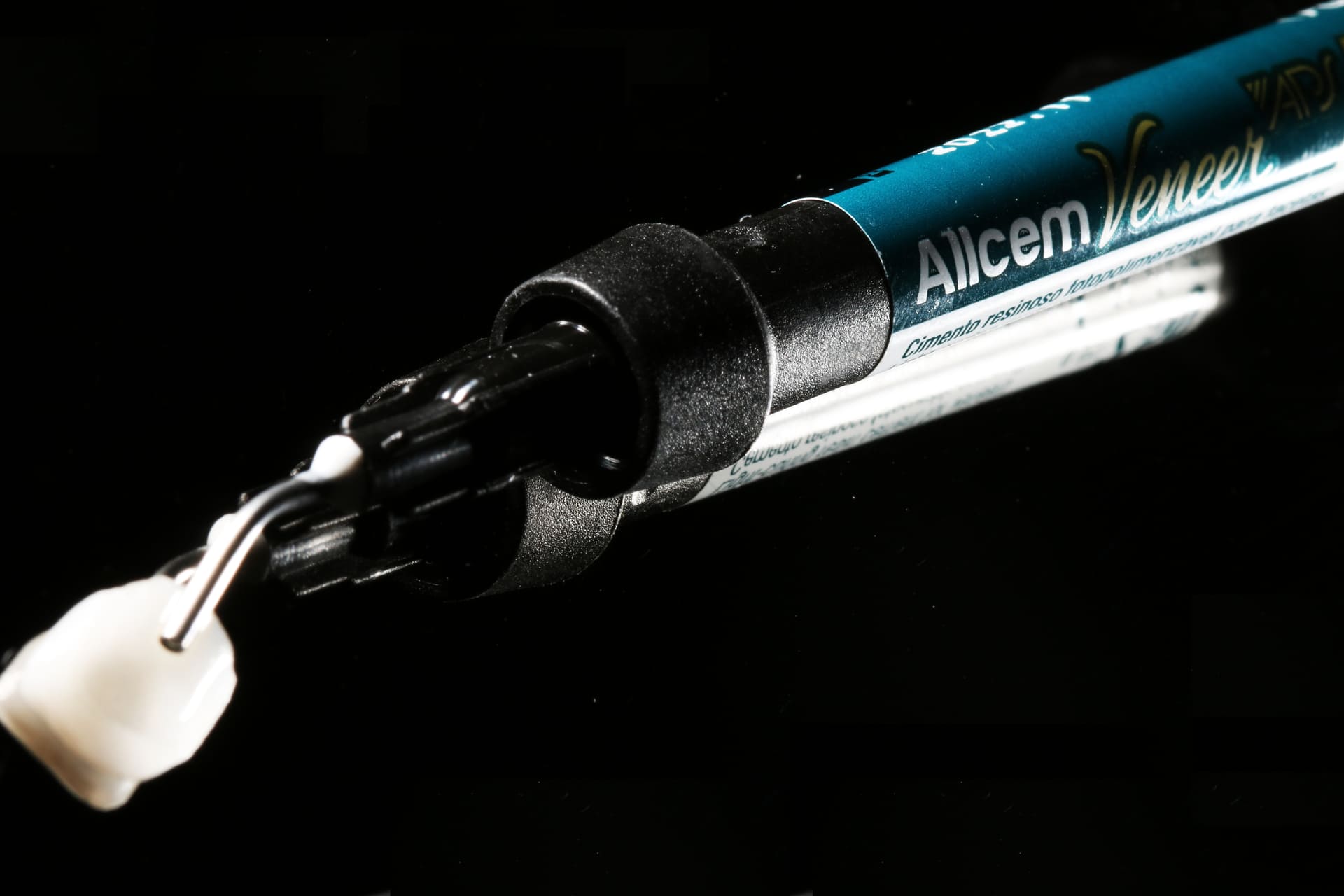 Fig. 9 Test with the try-in for selecting the cement shade. The inner faces of the ceramic restorations were etched with hydrofluoric acid for 60 seconds (FGM Condac Porcelana 5%). The surface was washed, and the silane agent (FGM Prosil) and Ambar APS adhesive were applied according to the manufacturer's recommendations. Cement application. 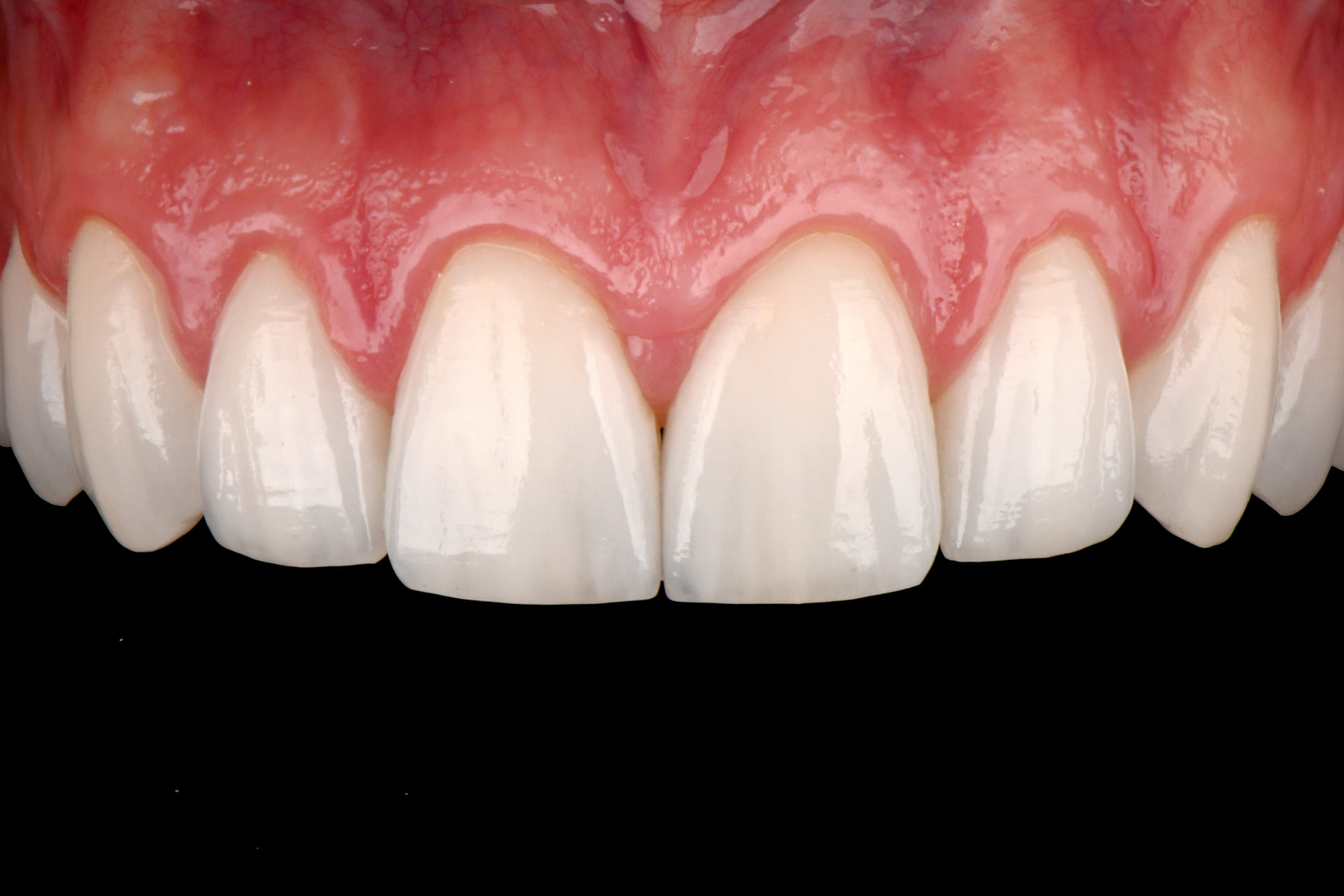 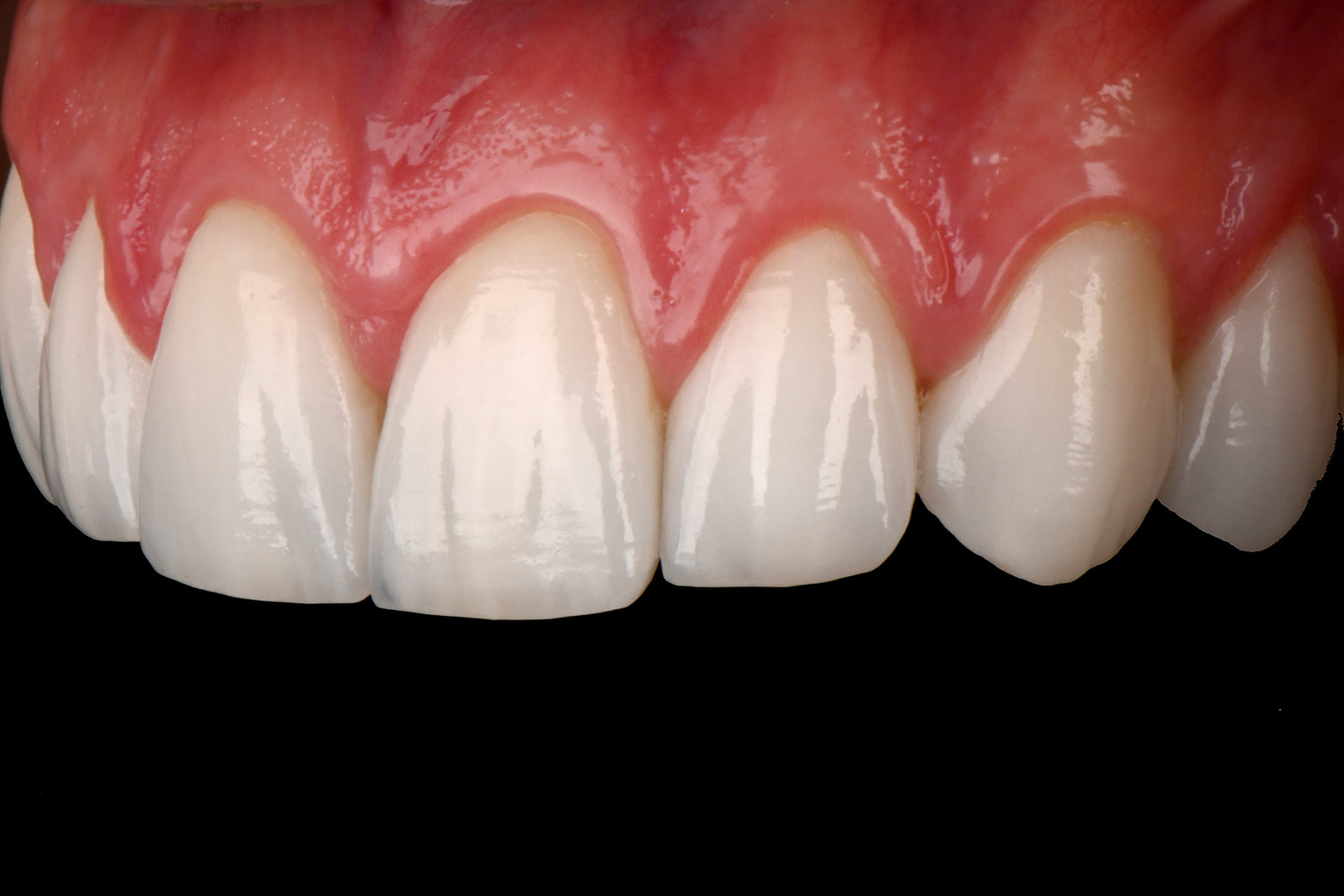 Fig. 10a and 10b Close-up view of the final restorations after cementation. 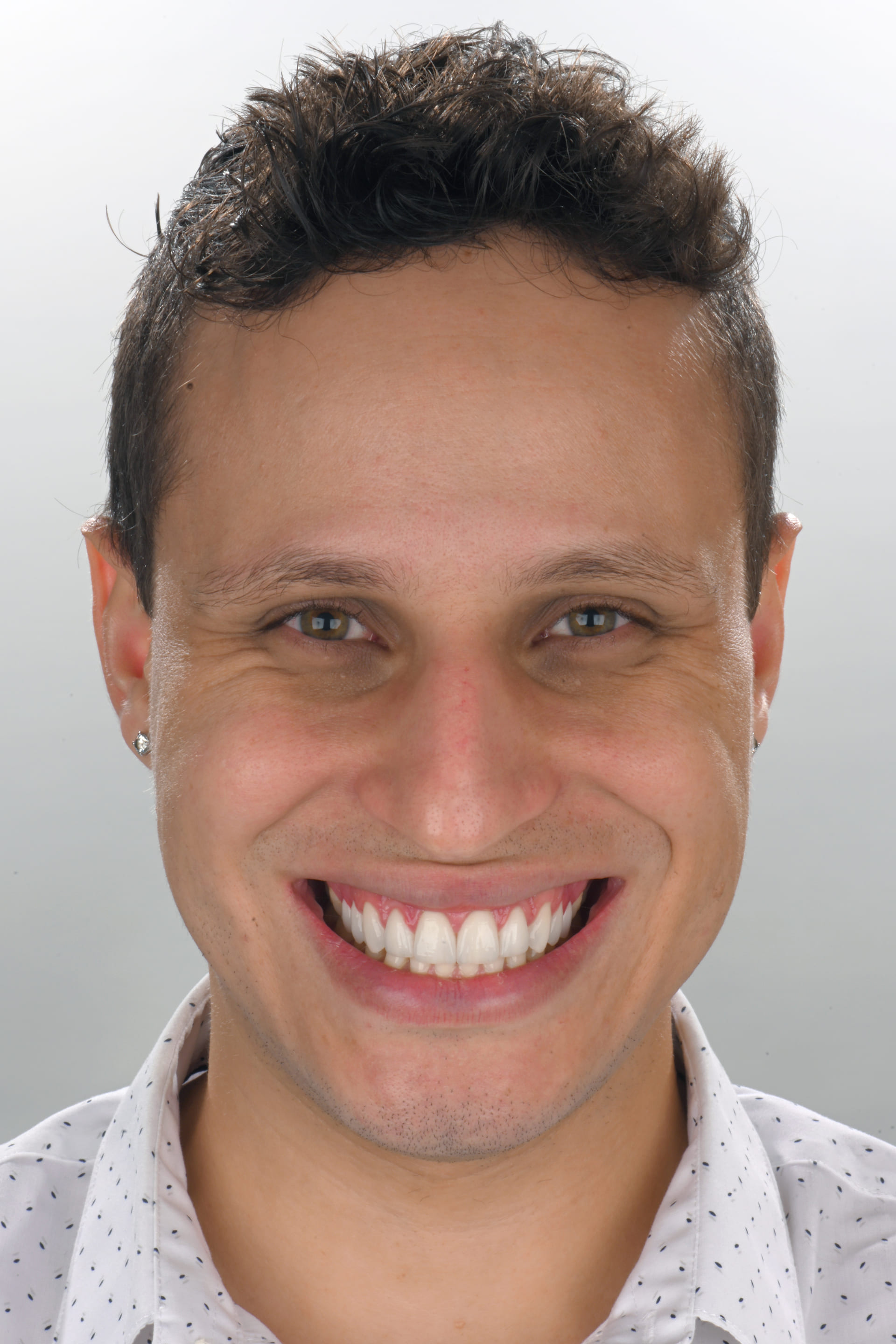 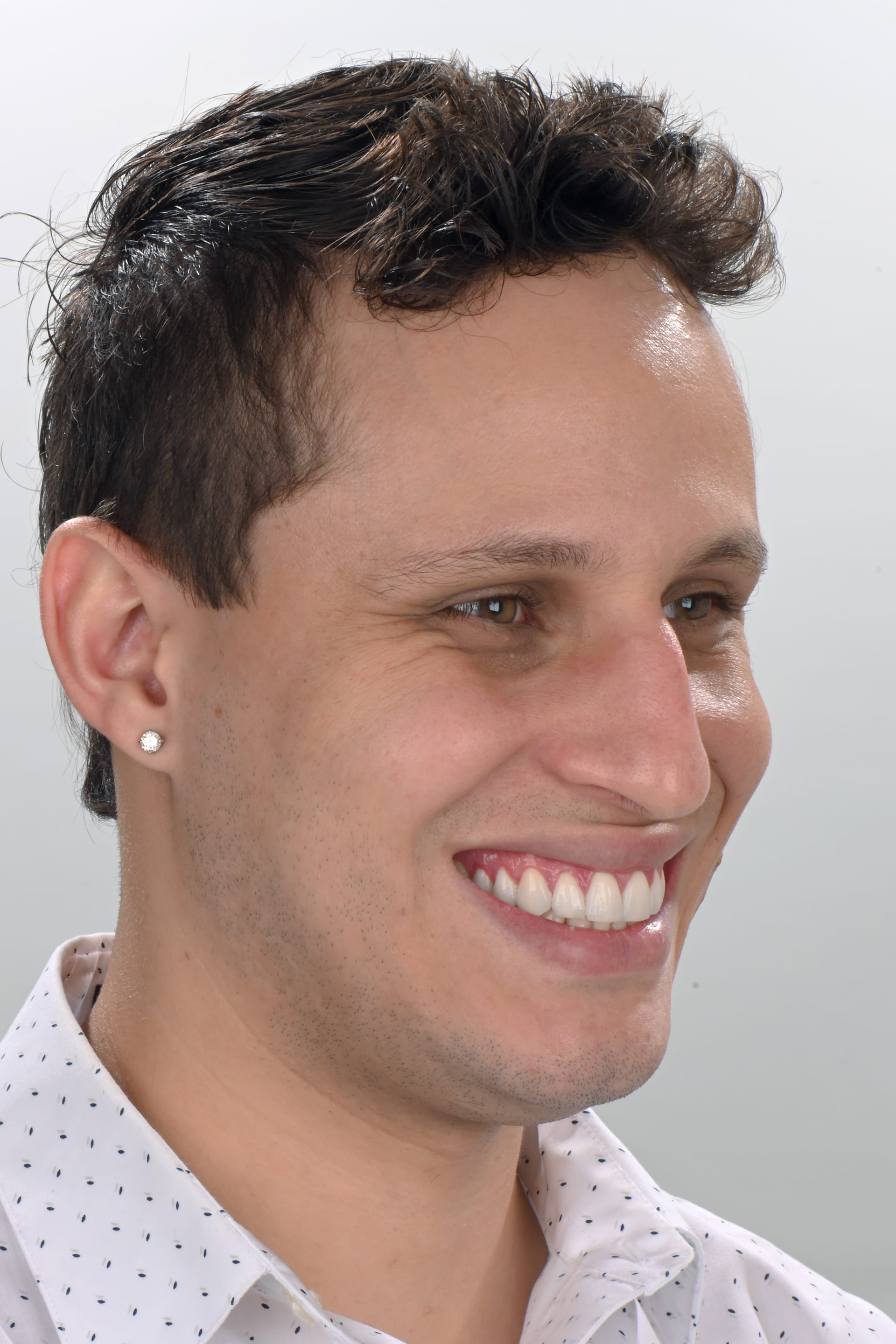 Fig. 11 Final view of the smile reestablishing the buccal corridor and, consequently, the smile esthetics.

The correct installation of orthodontic brackets is an important foundation when the purpose is to perform a more accurat...
Clinical Case
Esthetics

During anamnesis, the patient reported her dissatisfaction with the color of her teeth for her upcoming wedding. In the c...
Whitening
Clinical Case

The patient had composite resin restorations of the anterior teeth presenting color alteration and vestibular wear of the...
Clinical Case
Esthetics