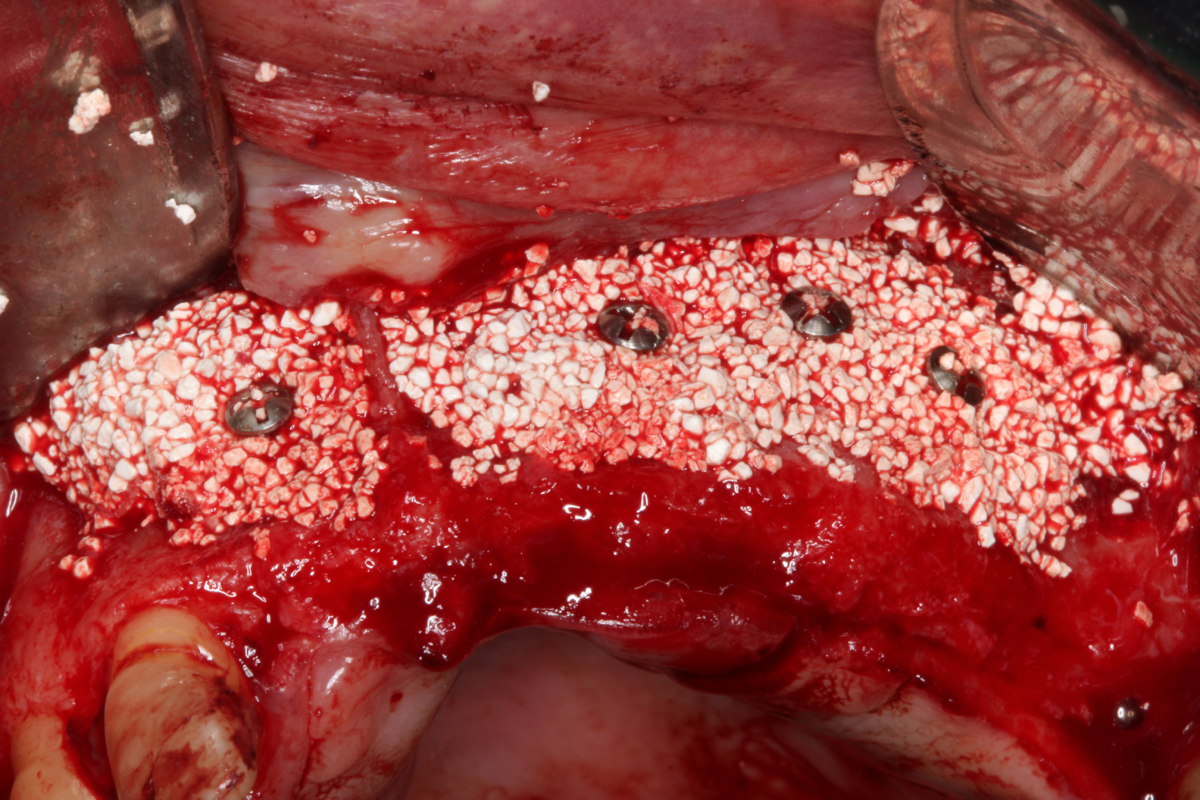 After extraction, the alveolar bone undergoes atrophy that can vary from 2.5 to 7 mm in height and up to 30 mm in width. These changes can continue to decline for a period of 10 to 20 weeks.

Depending on the rate of atrophy, rehabilitation using implants may be limited or prevented, requiring bone grafts prior to implant placement.

Much has been discussed in implantology about bone grafting. However, the literature describes autogenous graft as gold standard as it presents characteristics of osteoconduction, osteoinduction and osteogenicity. However, some disadvantages are related to autogenous grafting, such as increased surgical morbidity, surgical time and risk of injury to important anatomical structures.

The concept of Guided Bone Regeneration (GBR) was established based on the principle of guided tissue regeneration, being introduced for a new formation of reabsorbed bone tissue. As an alternative technique to classic GBR, the tent-pole technique in combination with bone graft is described in the literature. Graft screws are used in order to limit the loss of bone dimension by the force of soft tissue contraction, causing the migration of the grafted material. The presence of the screw decreases the resorption of the graft material, thus maintaining this space between periosteum and bone. This concept makes it possible to graft large atrophic areas, using other types of grafts such as the synthetic one. For this purpose, graft screws from 1.5mm to 2.0mm in diameter are installed in the area of ​​the defect, the height of which varies according to the bone defect in the region. The defect area is then completely filled with bone graft to restore its volume.

In the bone grafting process, osteogenicity, osteoinduction and osteoconduction are the properties for an optimal biomaterial. The synthetic biomaterials, mostly composed of hydroxyapatite and β-tricalcium phosphate ceramics, are highly biocompatible, due to their excellent osteocunduction promoted by the porosity of the particles, which thus favor vascularization, migration of osteoblasts and bone deposition, allowing the connection of bone tissue in formation with the surrounding bone tissue, avoiding encapsulation by fibrous connective tissue. Platelet Rich Fibrin is a derivative of the autogenous preparation of platelet concentrates, without the addition of anticoagulants, which forms a fibrin biomaterial rich in platelets and growth factors. Recently it is being used as an autologous grafting material, as it has the ability to accelerate the healing process and bone formation.

Thus, the aim of this report is to describe a case of atrophic maxilla reconstruction using allogeneic graft and fibrin rich in platelets and leukocytes in guided bone regeneration for future dental implantation.

Dissatisfaction with the removable partial denture.

The patient was motivated and in favorable conditions to the proposed plan. ASA I.

Male patient, 48 years old, non-smoker and without systemic changes. He went to the dental clinic to replace his removable prostheses with fixed ones on dental implants. After clinical examination, good oral health was found, but with a loss in the vertical dimension of occlusion (VDO). In the edentulous region, there was a loss of the vestibule-palatal dimension and also a small loss of bone height (Fig. 1). After the clinical evaluation of the patient, study molds of the upper and lower arch were made for subsequent assembly in an articulator. With this assembly, the prosthesis laboratory was asked to perform diagnostic waxing (Fig. 2). To complement the clinical diagnosis, the patient was asked to perform Cone Beam Computed Tomography imaging exams.

In the tomography evaluation we can see that in sections 92 to 98 (Fig. 3) the region with bone height defect is due to the pneumatization of the left maxillary sinus, while in sections 53 to 81 we can observe severe bone resorption in thickness of the anterior maxilla. (Fig 4).

Blood Collection and Preparation of Fibrin in Liquid phase and L-PRF membranes. To obtain Fibrin in liquid phase, blood was collected from the patient, using two plastic tubes of 9ml each. In order to obtain the L-PRF, blood was collected using eight 9ml glass tubes each. After collecting the tubes, they were placed in the centrifuge (Centribio® 80-2B Centrifuge) at a speed of 2,450rpm for 10 minutes. After the end of the centrifugation, the tubes remained in the centrifuge for five minutes at rest in order to finish the formation of the fibrin mesh. To make the L-PRF membranes, the fibrin clots in the glass tubes are carefully collected with forceps (Fig. 5), and subjected to a light drainage process of excess serum in a special box (Fig. 6). After this process, the membranes are ready for use (Fig. 7).

For the manufacture of the PRF-block, the particulate bone graft of hydroxyapatite and β-tricalcium phosphate (Nanosynt, FGM®, Brazil) was deposited in a glass dappen. Next to it, a membrane of L-PRF was perforated with the aid of scissors. Then, the fibrin was collected in liquid phase with a sterile plastic pipette and deposited on the mixture of Nanosynt and L-PRF membranes in the dappen pot. (Fig. 8).

After local anesthesia performed with anesthetic articaine 4% with epinephrine 1: 100,000, an incision was made over the ridge crest, extending from the intrasulcular region of teeth 12 to the 26, slightly displaced to the palate. A full-thickness flap was raised, ensuring surgical access to the bone tissue in the region. Then, the maxillary sinus window was opened at the height of the first left molar (Fig. 9), and then the Schneider membrane (Fig. 10) was lifted from the maxillary sinus walls to fill with the PRF- block (Fig. 11). Guided Bone Regeneration (GBR) was performed for the atrophic maxilla region using the tent-pole technique. Four graft screws (Fig. 12) were installed in the measures 1.6mm in diameter by 8mm in length, introducing approximately 1.5mm into the bone for retention. Around it, the filling was done with the PRF-block, for volume gain (Fig. 13). After the entire graft was in position, the regions of the maxillary sinus window and the atrophic maxilla graft were covered using seven l-PRF membranes (Fig. 14). Then, the gingival flap was repositioned to perform the suture with 5-0 nylon thread (Fig. 15).

For the postoperative period, the necessary medications for the patient's recovery were prescribed, informing all recommendations for care and oral hygiene. A new provisional removable acrylic prosthesis was also made with orthodontic clips, using the current prosthesis assembly as a parameter.

After 6 months from the date of surgery, we asked the patient to undergo a new CT scan. In this exam, we can observe a bone height gain in the maxillary sinus region in sections 100 to 117 (Fig. 16). In cuts 57 to 97, we observed an increase in bone volume in the anterior region using the screw technique with PRF-block (Fig. 17). Based on these data and with a surgical guide made from the diagnostic waxing up, the installation of the implants in the regions of elements 11, 22, 23 and 25 was planned.

After the evaluation of the tomographic examination and the surgical guide prepared, the second surgical step was reached, in which the implants were installed.

With local anesthesia with anesthetic 4% articaine and epinephrine 1: 100,000, an incision was made over the ridge crest extending the intrasulcular region of teeth 12 to 26, slightly displaced to the palate. A full-thickness flap was removed to ensure surgical access to the site with the grafted bone. The graft incorporated into the recipient bed can be seen (Fig. 18). Then, the tent screws were removed with the appropriate wrench.

In the postoperative period, the necessary medications were prescribed for the recovery of the patient and informing all recommendations for care and oral hygiene.

Vertical defects are usually associated with horizontal defects, and it is necessary to reconstruct in all dimensions to recreate an aesthetic and functional result for the installation of implants. The autogenous bone graft has long been considered the gold standard for severe defects. However, in major reconstructions it requires a significant amount of bone. Bach
Le et. al.9, reports the use of iliac crest bone and titanium mesh, however, in addition to the high rate of crest resorption, there is also the high cost of hospitalization. They thus reinforce that the use of mineralized allografts has great advantages, such as a good incorporation and adequate structure for the subsequent installation of the implants.6, 9 For a successful implant, rapid osseointegration and long-term stability are crucial prerequisites.

When we are able to install implants in grafted regions, we need a bone with such characteristics to be successful in the technique. Therefore, both processes are important. For this reason, it has been used for grafting hydroxyapatite in conjunction with other ceramics such as calcium phosphate. With this in mind, Nanosynt (FGM®, Brazil) is a biphasic synthetic material for bone replacement based on calcium phosphates (60% hydroxyapatite and 40% β-tricalcium phosphate). Its nanostructured morphology provides excellent biological response and surprising clinical results. The high porosity favors vascularization, the migration of osteoblasts and bone deposition. It allows the connection of bone tissue in formation and / or neoformed with the surrounding bone tissue. It prevents the encapsulation of bone tissue in formation by fibrous connective tissue. It also has an excellent osteoconductive structure, allowing vascularization and cell deposition.

PRF is a strong and natural fibrin matrix, which concentrates platelets and leukocytes from blood collection, thus representing a complex architecture of a healing matrix. This unique structure may be able to act as a vehicle for transporting cells necessary for tissue regeneration. Due to all these growth factors in the PRF, natural fibrin remains active for a relatively longer period and effectively stimulates tissue regeneration.

The “tent-pole” technique, when installing titanium screws in the defect sites, the intention is to preserve and maintain adequate space under the membrane for bone regeneration and prevent
collapse. The screws prevent the soft tissues from putting pressure on the graft, displacing and / or causing its remodeling. Based on this, the process of using “tent screws” is a safe and effective method for rebuilding defects. This concept confirmed that bone maintenance occurs up to the level of the screw heads.

The success of this case report indicates that, even in a situation with severe three-dimensional bone defects, guided bone regeneration using tent screw can serve as an alternative for the use of block grafts. When installing titanium screws at the grafting site, the objective is to preserve and maintain adequate space between bone and gingival tissue. Therefore, the tent screws serve as mechanical support for the bio-graft, preventing the soft tissues from invading the grafted region. Both in clinical and radiographic findings, the excellent horizontal and vertical expansion.

Thus, we conclude, based on the surgical results, that the screw-guided bone regeneration technique tends with the combination of biphasic synthetic graft based on calcium phosphate, i-PRF and L-PRF is a safe and effective method for the reconstruction of atrophic jaws. 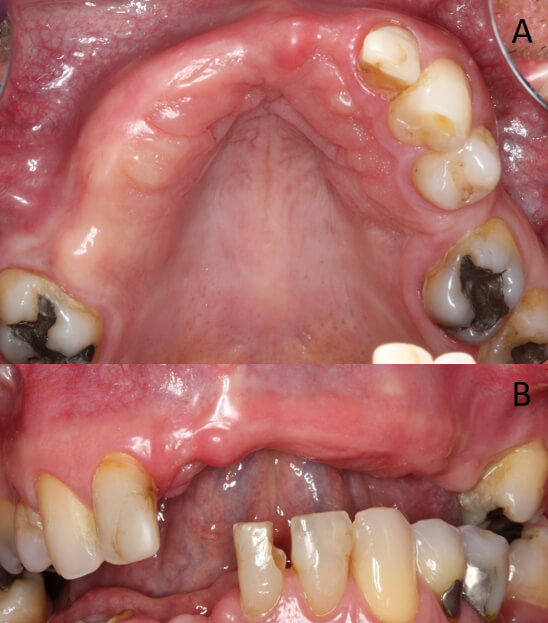 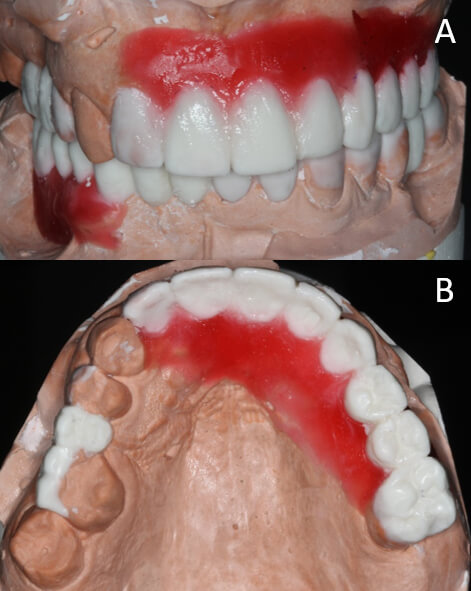 Fig 3: Tomographic sections 92 to 98 showing loss of height of the maxillary sinus. 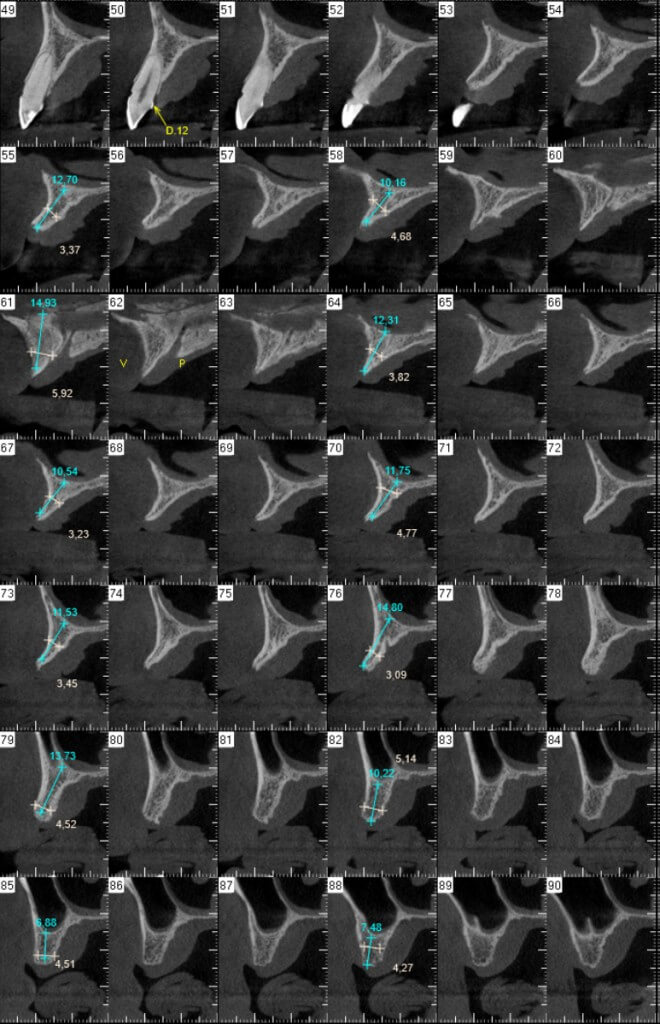 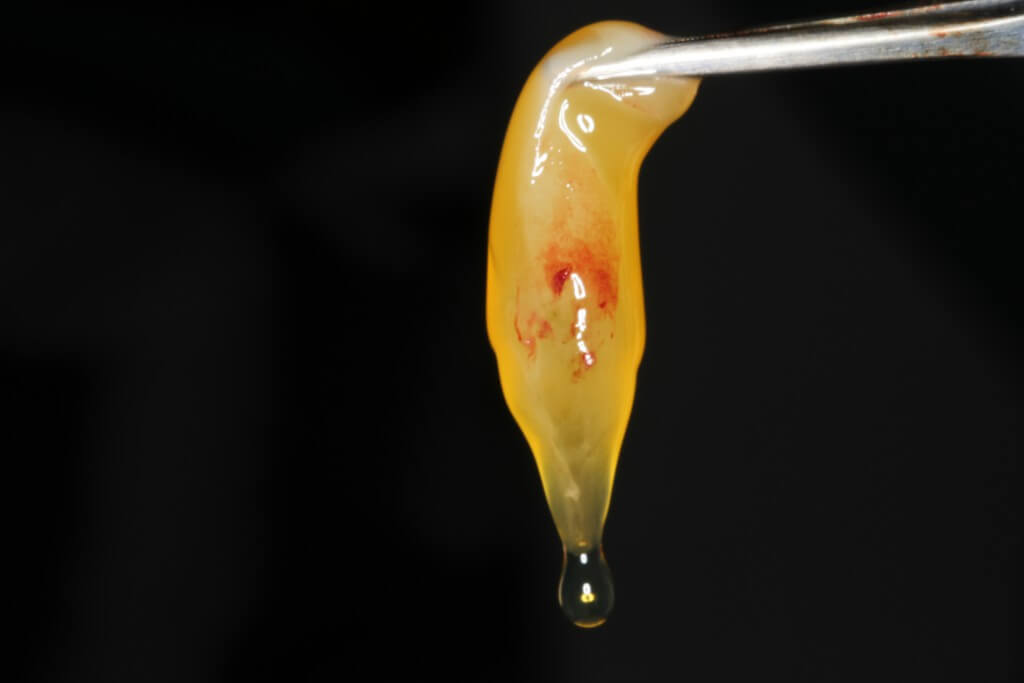 Fig 5: CT scan 92 to 98 showing loss of height of the maxillary sinus. 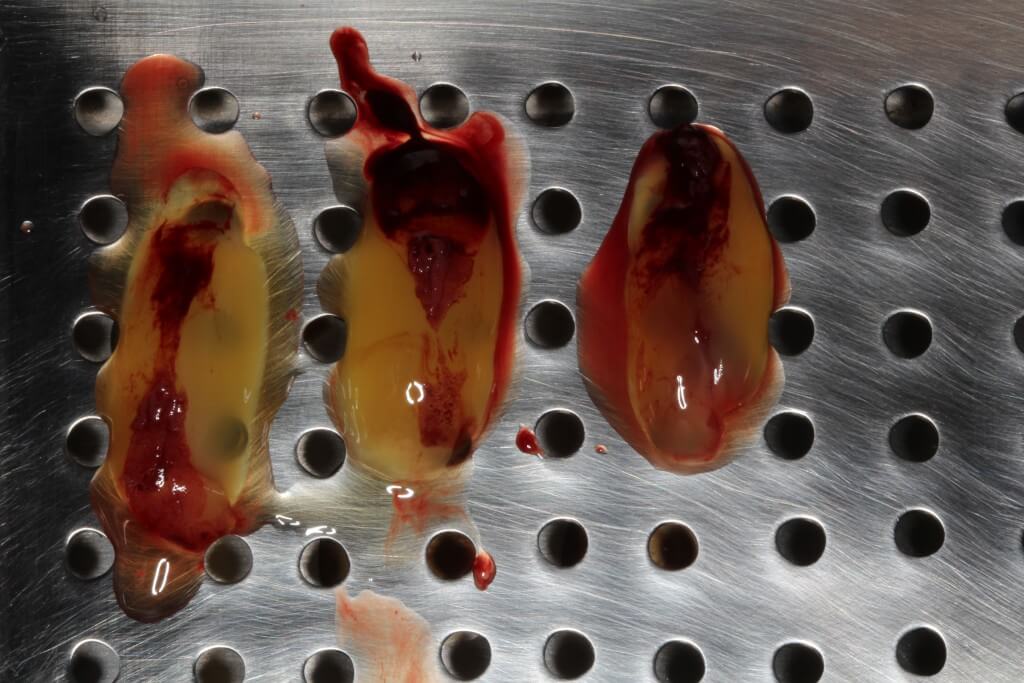 Fig 6: Fibrin clots deposited side by side to drain excess serum in a specific box. 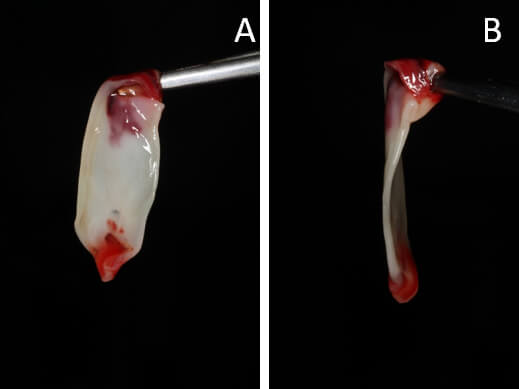 Fig 7: Fibrin membranes ready for use. 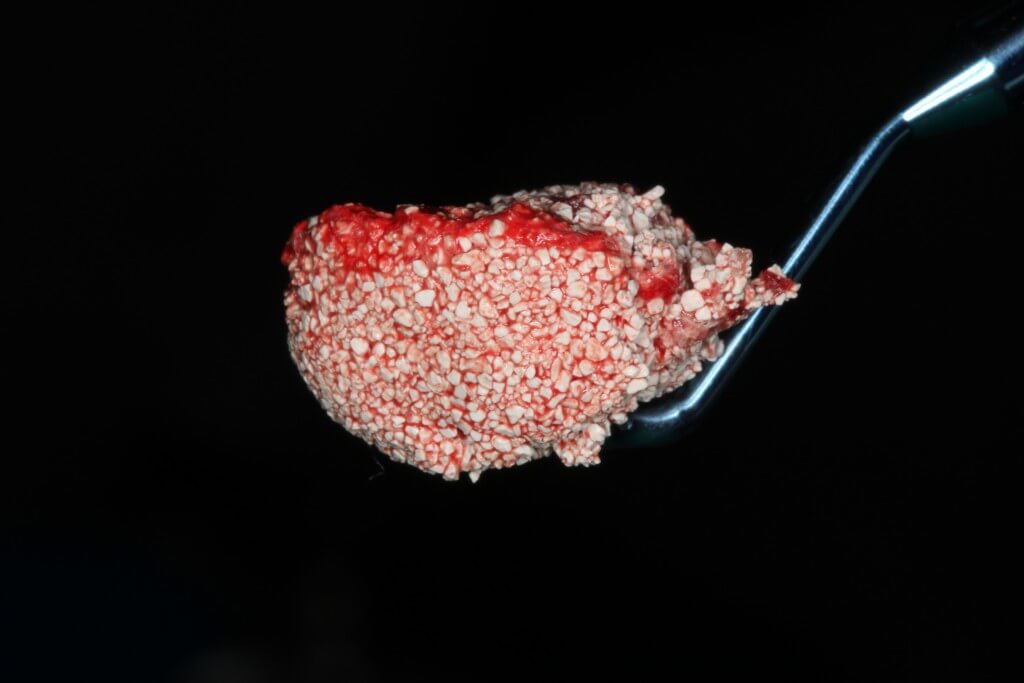 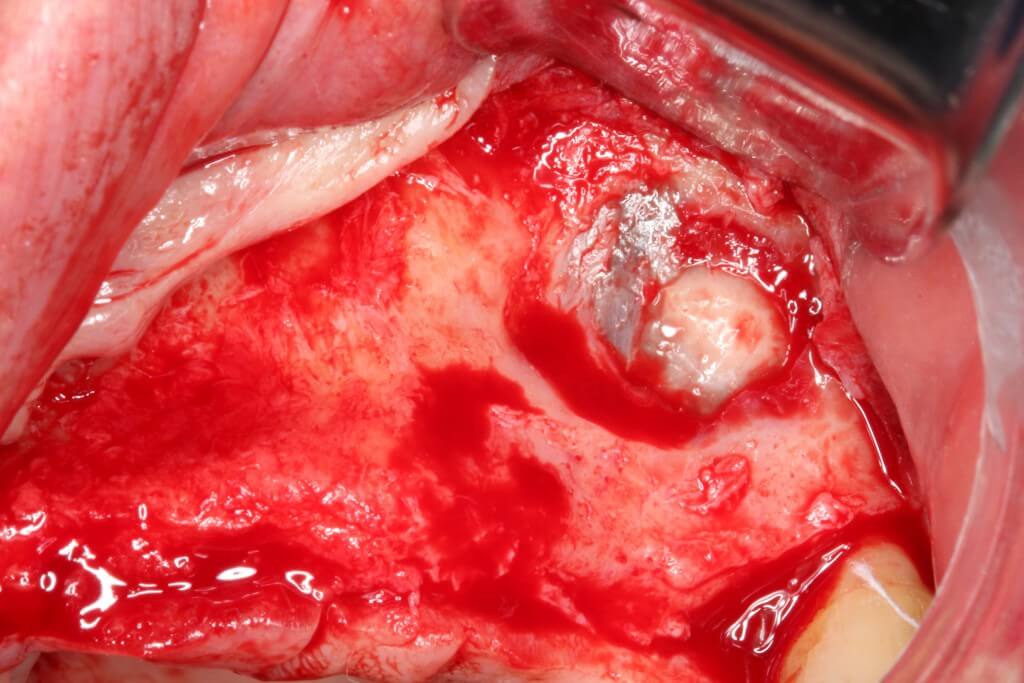 Fig 9: Opening the window to the left maxillary sinus. 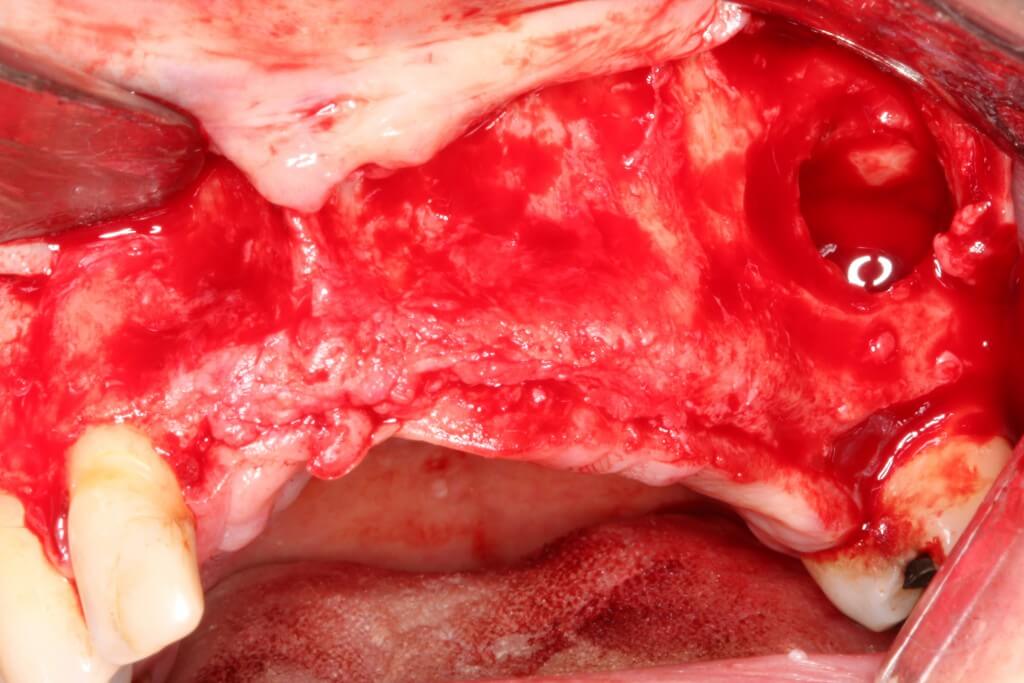 Fig 11: Filling the maxillary sinus with the PRF-block. 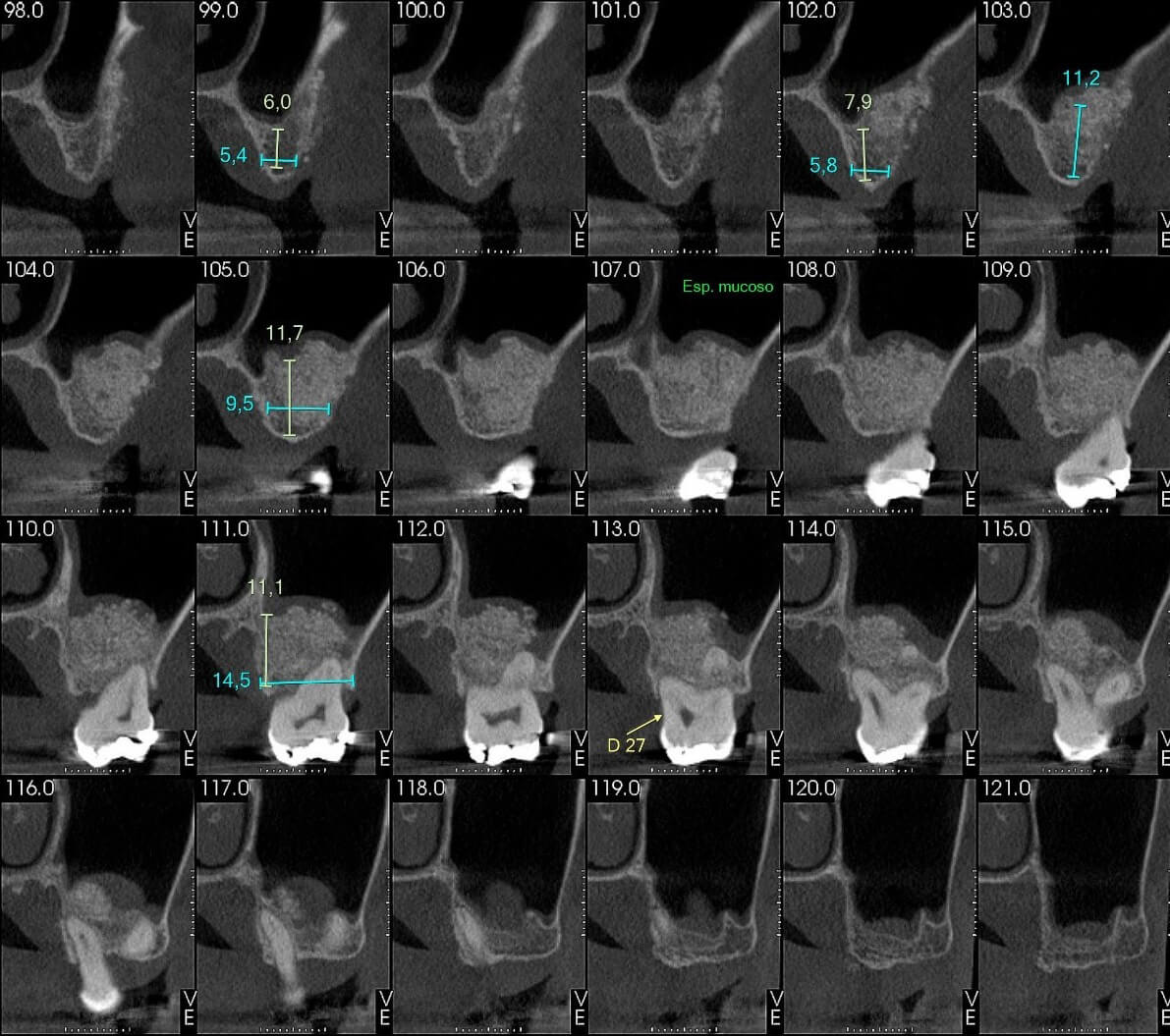 Fig 16: CT scan of the graft region in the maxillary sinus. 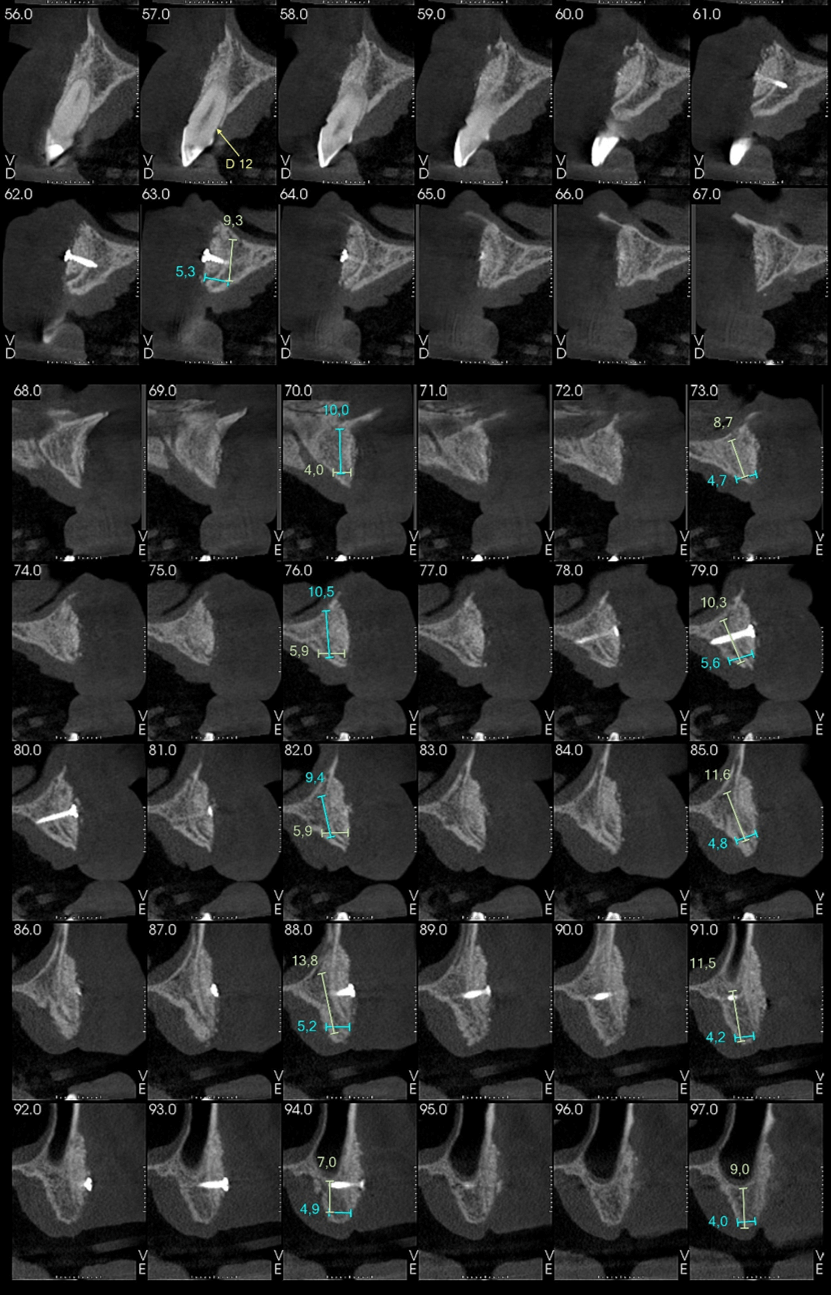 Fig 17: CT scan of right and left side with gain of bone volume.

The correct installation of orthodontic brackets is an important foundation when the purpose is to perform a more accurat...
Clinical Case
Esthetics

During anamnesis, the patient reported her dissatisfaction with the color of her teeth for her upcoming wedding. In the c...
Whitening
Clinical Case

The patient had composite resin restorations of the anterior teeth presenting color alteration and vestibular wear of the...
Clinical Case
Esthetics