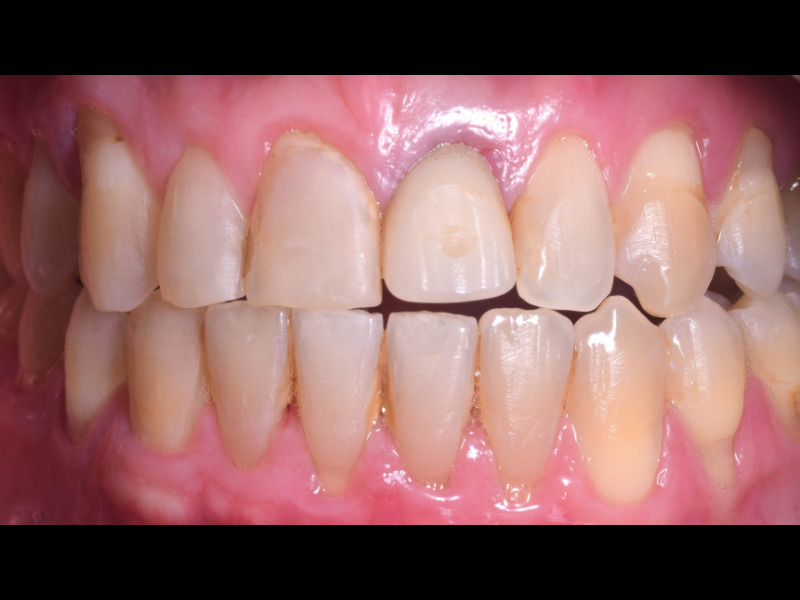 Case with extensive coronary destruction of the cervical region

The patient came to the dental office, reporting the frequent falling out of the provisional crown of tooth 21, which had a provisional post cemented inside the root canal.

A White Post DCE 2.0 fiberglass post was used, cemented with Allcem Core and Ambar Universal as the adhesive system. The fiberglass post sleeve was reconstructed with Vittra composite DA2 .

Fig. 1. Initial frontal clinical image. Note the lack of finishing and polishing of the buccal surfaces of the anterior teeth (the patient had removed the orthodontic brackets a few days ago) and quality of the provisional crown. 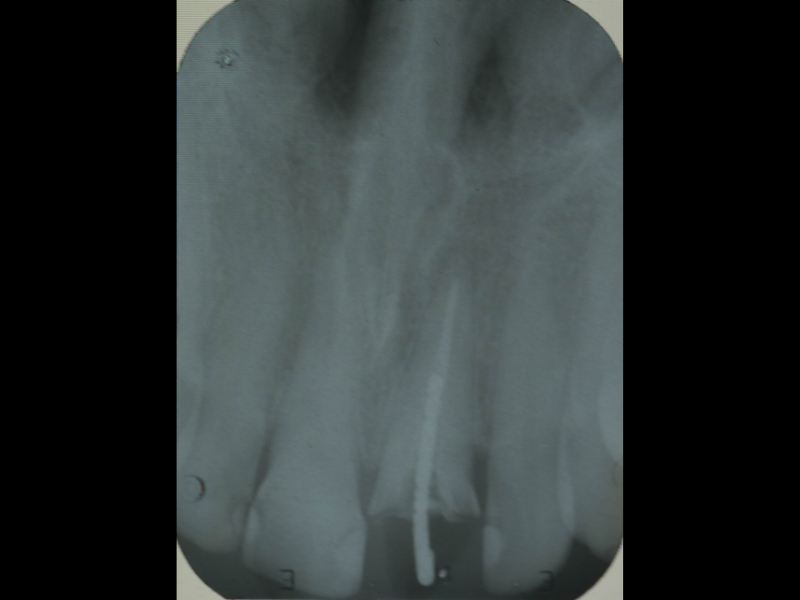 Fig. 2. Periapical X-ray image where it is possible to observe that this tooth had a temporary metallic post cemented in the root canal, which needed to be replaced. 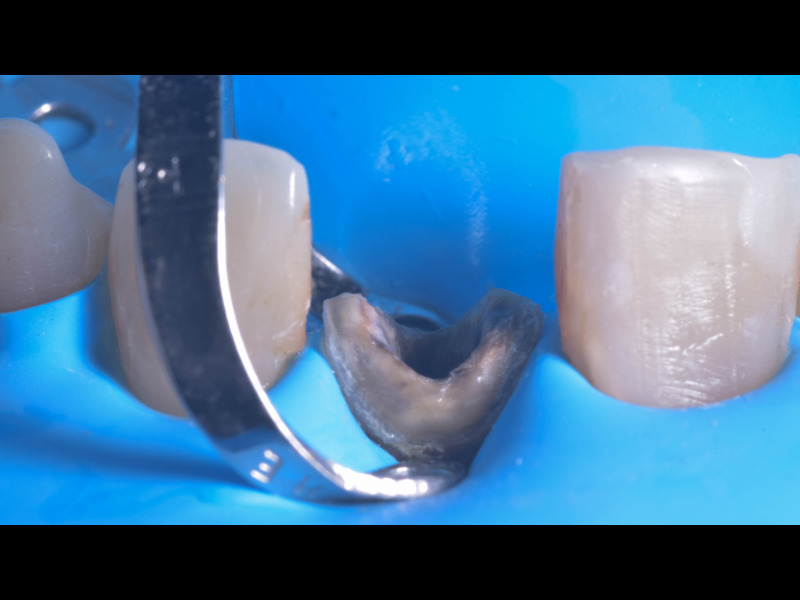 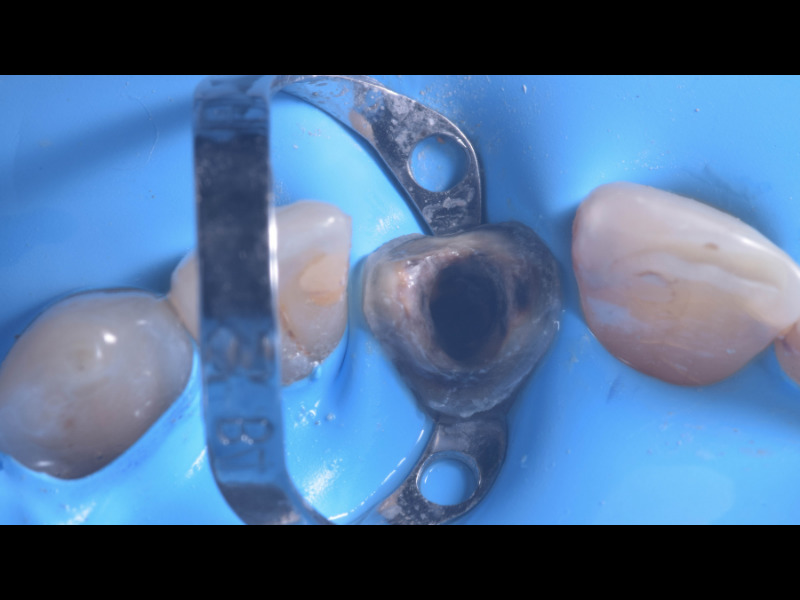 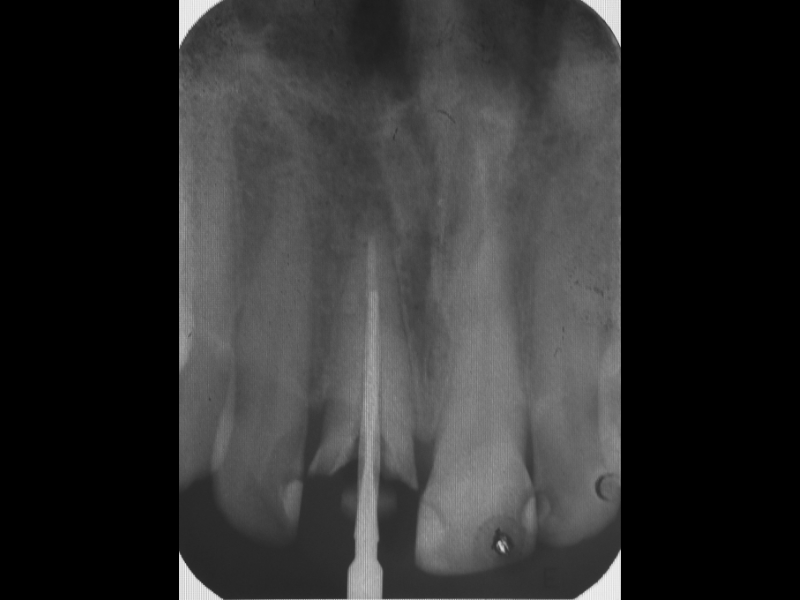 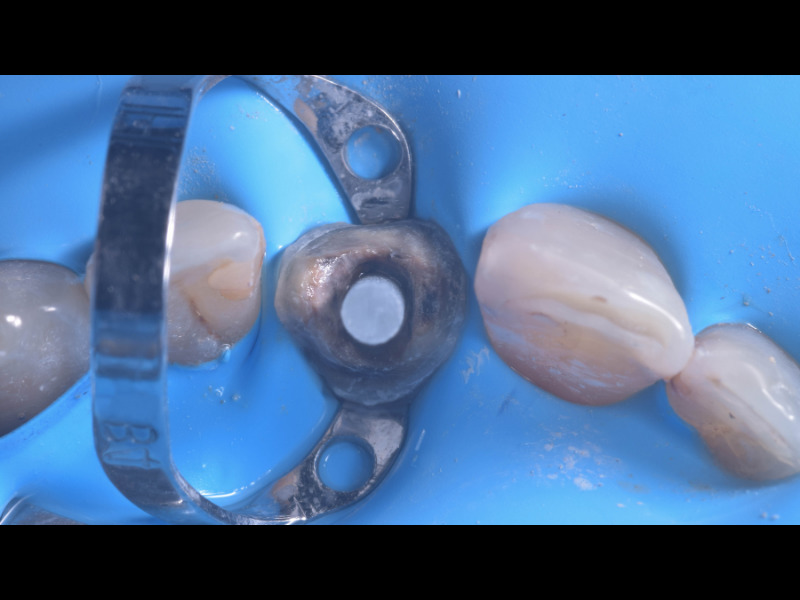 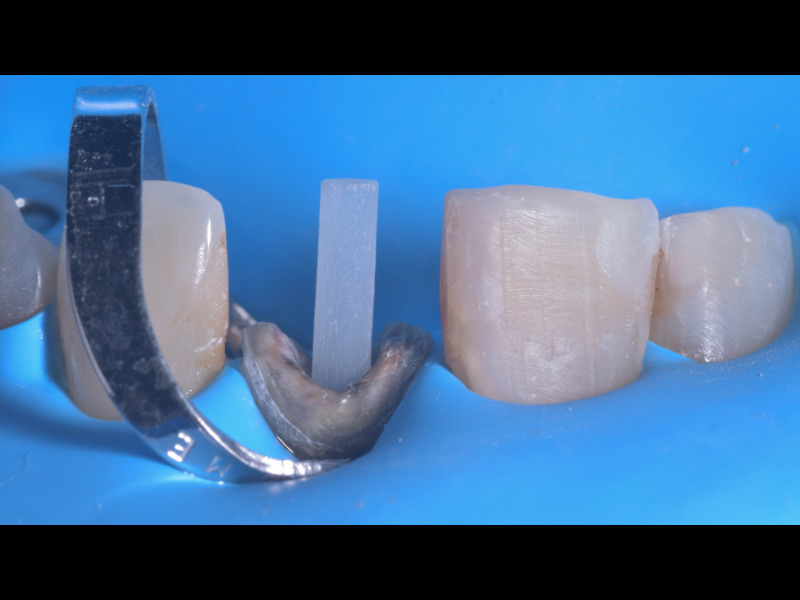 Fig. 7. Front image where it is possible to see the relationship between the fiberglass post and the coronary remnant. 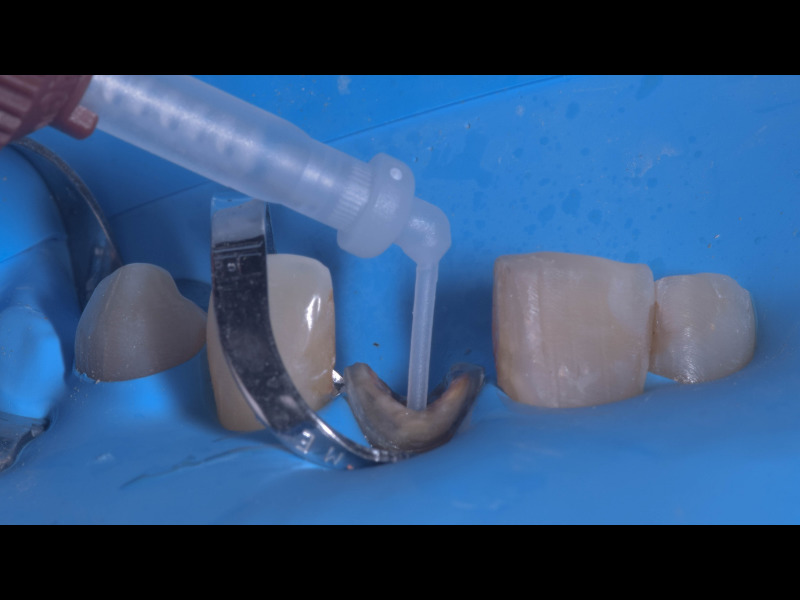 Fig. 8. After etching with Condac C 37% phosphoric acid (FGM) in the root dentin for 15 s, followed by washing this acid for another 15 seconds with water, the root dentin was treated with the Ambar Universal APS Adhesive System, with an active smear for 20 s (repeated twice). After evaporating the solvent and removing excess adhesive with an absorbent paper cone, the adhesive was photoactivated for 40s. After that, the dual resin cement Conventional AllCem Core was applied inside the root canal through its applicator tip. Subsequently, the fiberglass post was inserted into the root canal and after removing the excesses, the cement was photoactivated for 40 s, both on the buccal and palatal surfaces. 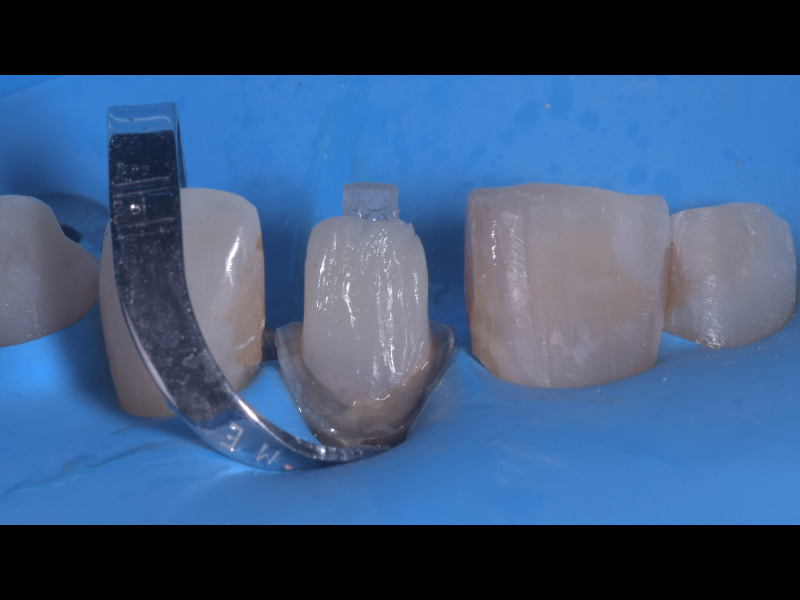 Fig. 9. An abutment was constructed with Vittra APS DA2 composite resin. This abutment followed the principles of retention and stability of prosthetic preparations. 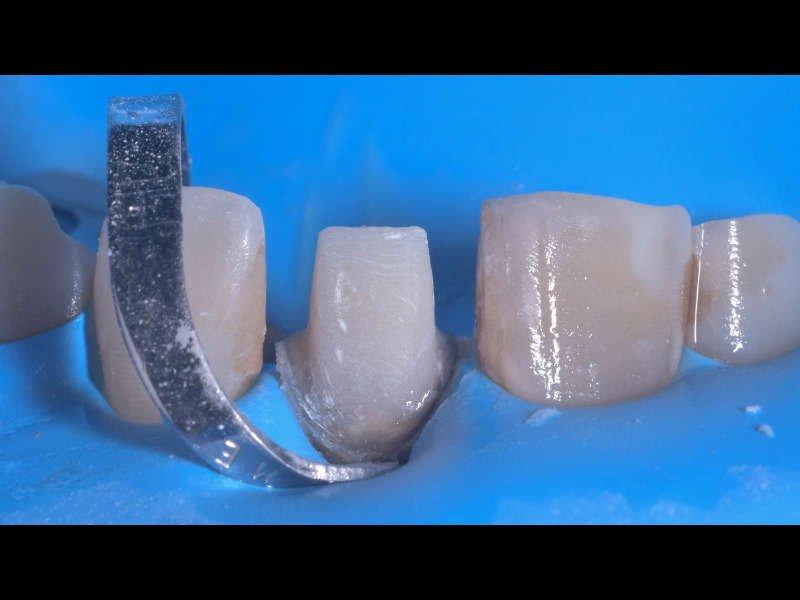 Fig. 10. Still with rubber dam isolation, the tooth was prepared following the prosthetic principles. Care must be taken as some rubber dikes produce a large tissue retraction and this can disorient the professional regarding the allocation of the preparation margin inside the gingival sulcus. Therefore, it is recommended to insert the intrasulcular margin after removing the rubber dam. 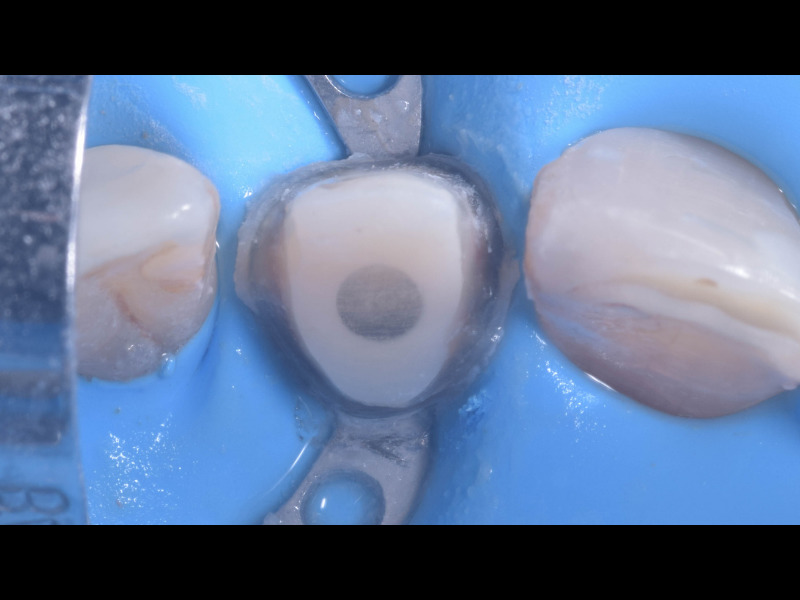 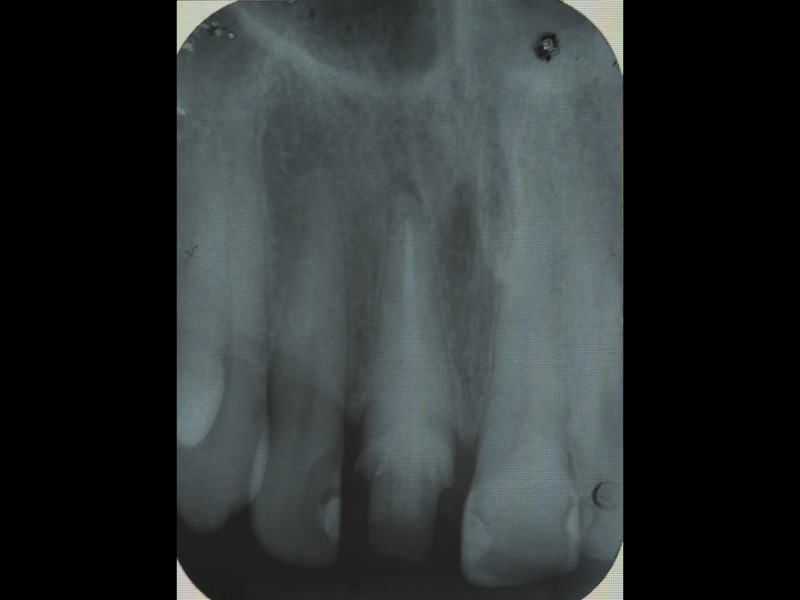 Fig. 12. Periapical X-ray image after cementation of the fiberglass post. 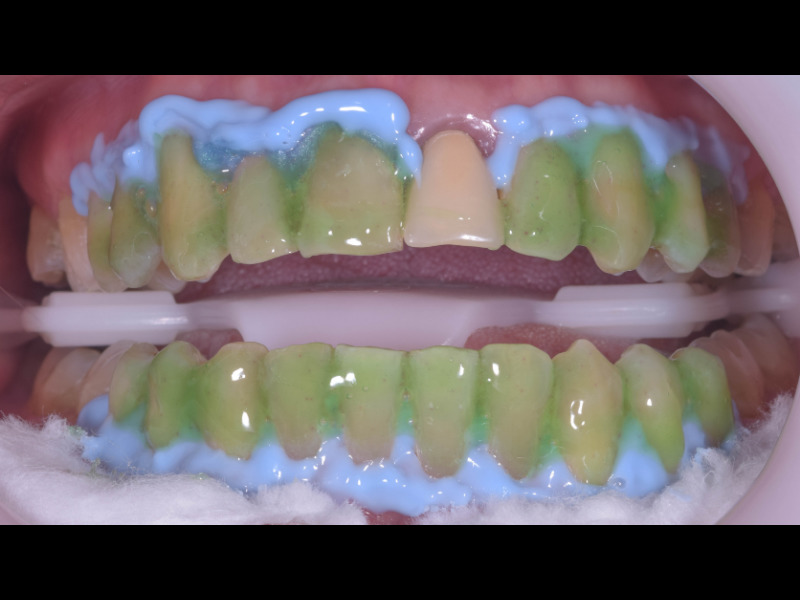 Fig. 13. The anterior teeth were polished and later whitened with Whiteness HP. 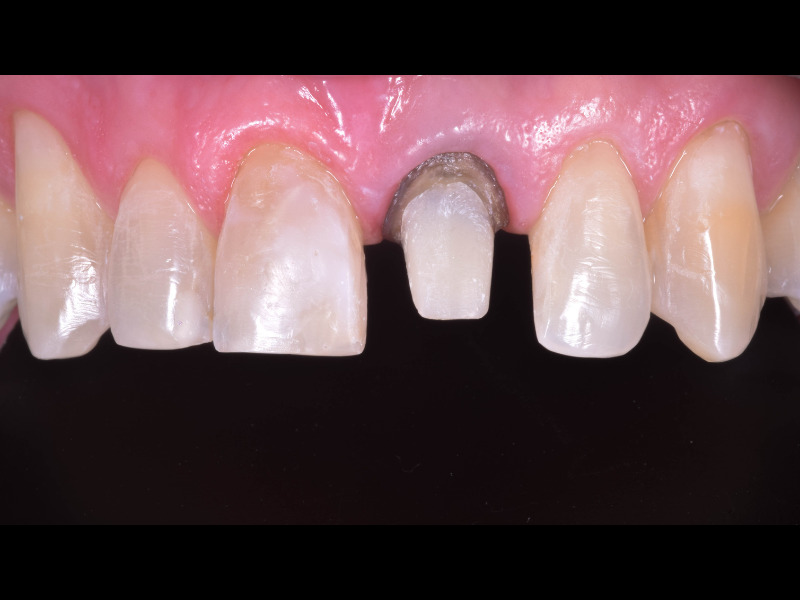 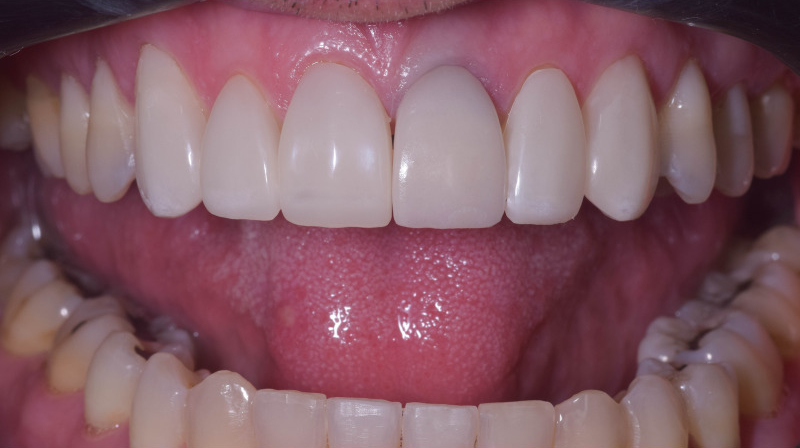 Fig. 15. Front image of laminates machined in Brava Block LT A2 and the crown machined in E.max Cad LT A1, which was later pigmented to obtain similar colors between resin and ceramic. Note that even when using low translucid ceramics, it was still possible to observe a grayish tone in the cervical region of the tooth, which is related to the extreme darkening of the root. 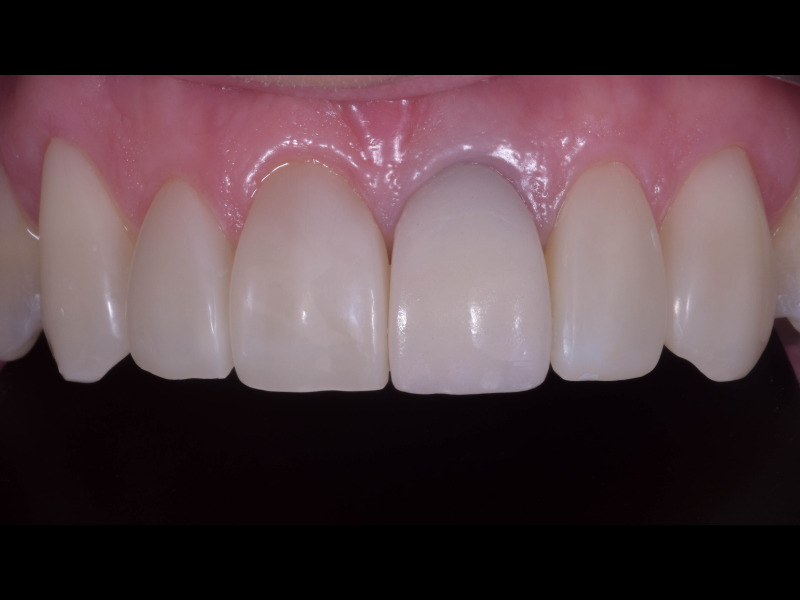 Fig. 16. Frontal image after cementing laminates with AllCem Veneer APS cement in shade OW. The cementation of the crown was carried out with the conventional dual resin cement Allcem Core in the shade Opaque Pearl. 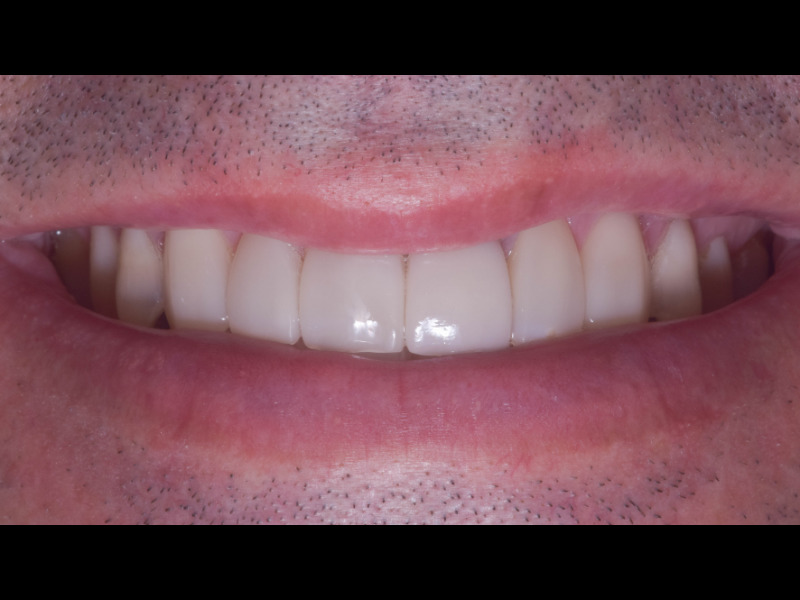 Fig. 17. Frontal image with the lip at rest where it is possible to notice that the grayish darkening is not visible. Also, note the similarity of the final color obtained with the combination of ceramic and composite resin.

In the clinical examination, the professionals noted that the patient had occlusal contacts only on the third molar teeth...
Clinical Case
Esthetics

Bone reconstruction and implantations with prototyped guide in agenesia areas

After anamnesis the patient was submitted to clinicalradiographic assessment to ratify the agenesia of elements 12 and 22...
Implants
Clinical Case

After detailed anamnesis, clinical and radiographic examination, the absence of elements 26 and 27 was noted, and, it was...
Biomaterials
Clinical Case
Implants