FGM has been granted the Reality Ratings international quality recognition for its product Allcem Veneer APS , standing out for its exclusive APS technology. 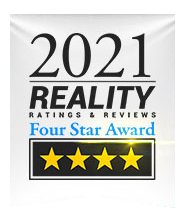 Understanding the importance of that recognition

Reality Ratings is an excellence United States publication which evaluates dental products. In the evaluation, the FGM resinous cement received the mark 4.3 out of 5 possible.

Check the characteristics of Allcem Veneer APS that stood out:

Other important aspects of the evaluation:

Due to its application and handling times, Allcem Veneer APS was considered by the evaluators a “good cement for veneers with exceptional work times”.

Those attributes are a result of the exclusive FGM-developed APS technology, which allows for longer work times and better handling, a feature also evidenced in the assessment.

The recognition of Allcem Veneer APS contributes to FGM’s expansion, widening its participation in the global market.

“It is one more important recognition of the quality and innovation of our products and, certainly, it will be an impulse for the conquest of new markets, especially considering the United States, due to its market potential”, affirms Bianca Mittelstädt, FGM’s CEO.

BPA Free products are a major trend in the dental market

For three years in a row, the best take-home whitening gel by Dental Advisor!

Myths and facts about teeth whitening

When it comes to teeth whitening, many questions arise and we have plenty of information available out there. However, wh...
FGM News
Whitening